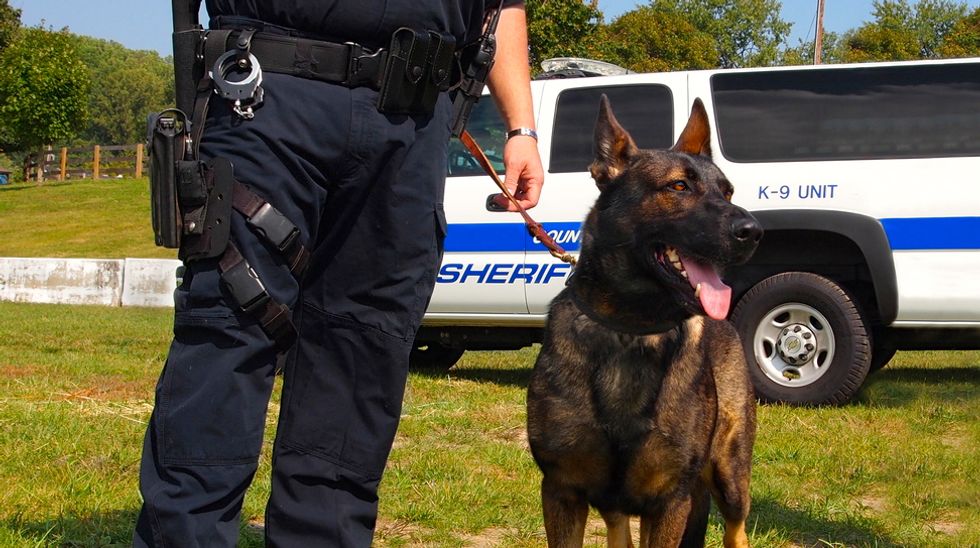 The U.S. Supreme Court on Tuesday placed a new limit on when police can use drug-sniffing dogs, ruling the dogs cannot be employed after a routine traffic stop has been completed if there is no reasonable suspicion about the presence of drugs in the vehicle.

The court ruled 6-3 in favor of a driver, Dennys Rodriguez, who was stopped in Nebraska and found to be transporting a large bag of methamphetamine following a dog sniff.

In an opinion by Justice Ruth Bader Ginsburg, the court held that a traffic stop lengthened purely to conduct a dog sniff without reasonable suspicion would violate the U.S. Constitution's Fourth Amendment, which protects against unreasonable searches and seizures.

Conservative Justices Clarence Thomas, Samuel Alito and Anthony Kennedy dissented. Thomas said the ruling conflicted with a 2005 decision in which the court held that using drug-sniffing dogs is lawful when conducted as part of a routine traffic stop.

A police officer pulled over Rodriguez just after midnight on March 27, 2012, after Rodriguez's car was seen veering onto the road's shoulder.

After the initial stop, in which Rodriguez said he swerved to avoid a pothole, the officer wrote a written warning. But before allowing Rodriguez to drive away, the officer asked if the police dog could walk around the vehicle. That added about eight minutes to the stop.

Rodriguez declined, but the officer insisted. The dog then detected the drugs. Rodriguez was indicted on one count of possession with intent to distribute 50 grams or more of methamphetamine. He pleaded guilty pending his appeal and was sentenced to five years in prison.

The ruling on Tuesday does not mean Rodriguez is off the hook. Ginsburg noted that lower courts had not determined whether the officer in fact had reasonable suspicion to allow the dog sniff.

In a dissenting opinion, Alito said the ruling would have little practical effect because police officers just need to learn the correct procedure for conducting a lawful dog sniff.

"I would love to be the proverbial fly on the wall when police instructors teach this rule to officers who make traffic stops," Alito wrote.