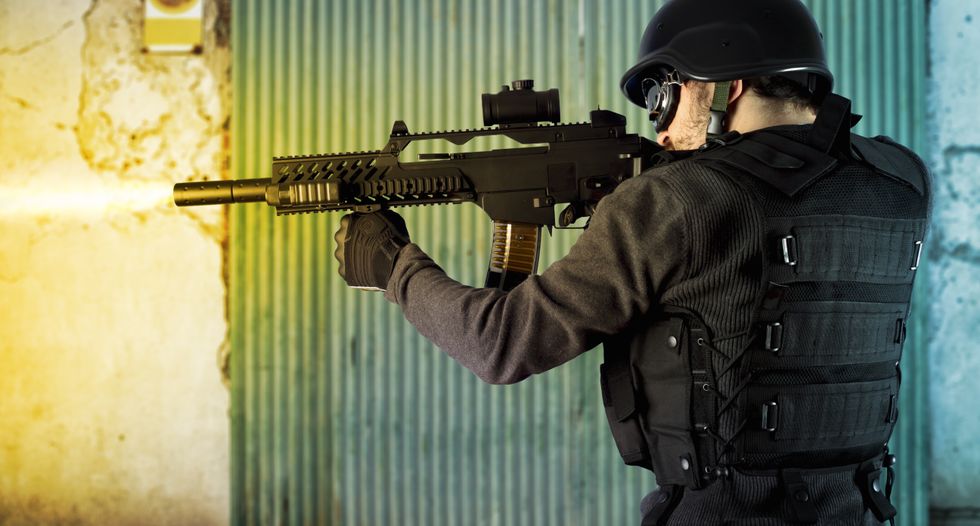 Five years after shooting a seven-year-old girl to death while on duty, Joseph Weekley has rejoined the Detroit police.

While filming with an A&E crew in 2010, Officer Joseph Weekley led a SWAT team of officers into a Detroit residence in search of a murder suspect. The cable network wanted footage for its homicide detective show, "The First 48."

Officers announced their arrival by detonating a flashbang grenade. Weekley entered the home with an MP-5 submachine gun. Then he shot and killed Aiyana Stanley-Jones, a child sleeping in the living room with her grandmother under a "Hannah Montana" blanket.

According to Weekley, however, he didn't realize he had fired the gun that ended Stanley-Jones' life. Weekley left Stanley-Jones' body in pursuit of a housemate he believed to be responsible for the killing. The housemate was in an adjacent room, and unarmed.

Weekley explains he was able to shoot and kill a child without noticing it by blaming Stanley-Jones' grandmother, Mertilla Jones. Weekley believes Jones slapped his submachine while he was in the house, causing it to fire and kill her granddaughter.

Despite charges from the Wayne County Prosecutor, Weekley avoided criminal penalties for manslaughter and reckless endangerment in two mistrials - one in 2013 and one in 2014. Before his second mistrial, Weekley released a statement conveying something akin to remorse. "No matter the outcome of any jury's decision," Weekley wrote, "I have already been devastated and my life has been ruined irreparably by the events that occurred on May 16, 2010. There has not been one single day that has gone by since that day where I have not thought about the loss of Aiyana and I will be haunted by this tragedy for the rest of my life."

The Wayne County Prosecutor declined to try Weekley a third time on charges related to the killing of Aiyana Stanley-Jones. The deceased child's family filed a wrongful death against suit against Weekley, one of his colleagues, the Detroit Police Department, and the City of Detroit on April 1, 2015.

On April 2, 2015, Weekley resumed a position with the Detroit police force. The Detroit Police Chief told George Hunter of the Detroit News that Weekley will be serving in a "limited duty capacity" and not "in the field."