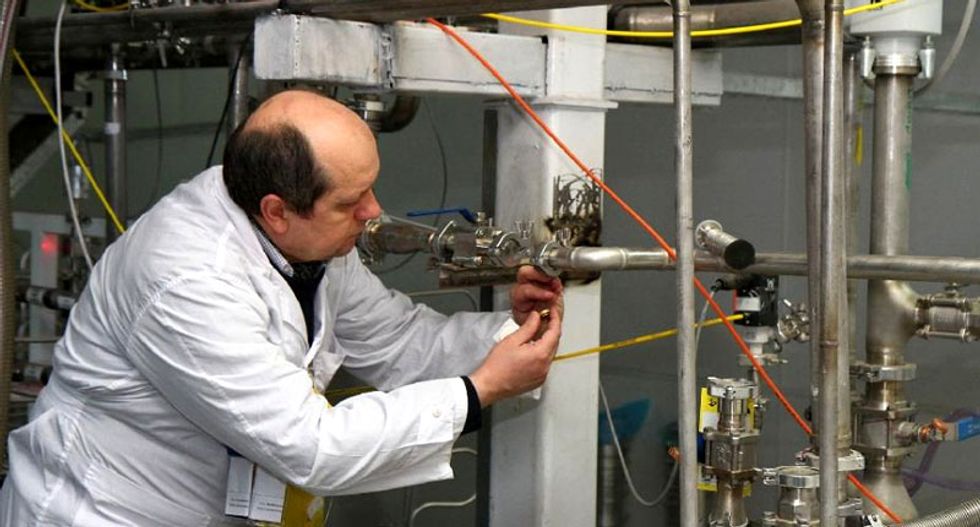 Iran and major powers were due Wednesday to begin the difficult process of finalising by June 30 a historic deal putting an Iranian nuclear bomb out of reach, three weeks after agreeing the main outlines.

Following a negotiating marathon in Switzerland, Iran agreed on April 2 to what US President Barack Obama called a "historic understanding... which, if fully implemented, will prevent (Iran) from obtaining a nuclear weapon."

This will include Iran dramatically scaling back its nuclear activities and submitting those that remain to what Obama described the "most robust and intrusive inspections and transparency regime ever negotiated".

In return, the United States and five other major powers committed to lift certain sanctions that have caused the Islamic republic of 75 million people major economic pain by strangling its oil exports and financial system.

The accord, if completed and implemented, would draw to a close a crisis that has been steadily and dangerously escalating since Iran's nuclear programme was first revealed some 12 years ago.

It could even potentially push "axis of evil" Iran and the "Great Satan" United States towards better relations after 35 years of bitter acrimony -- and at a particularly volatile time in the Middle East.

"With courageous leadership and the audacity to make the right decisions, we can and should put this manufactured crisis to rest and move on to much more important work," Iranian Foreign Minister Mohammad Javad Zarif said in a New York Times op-ed published Monday.

The Vienna talks on Wednesday, which start the process of drafting the deal, were due to involve senior EU diplomat Helga Schmid, representing the P5+1 group, and Abbas Araghchi, Iran's deputy foreign minister, as well as legal and technical experts from all six powers and Tehran.

Other officials including US Under Secretary Wendy Sherman were to join later.

The process of fitting together all the interlocking pieces in what will be a fiendishly complex accord is full of potential pitfalls which could wreck the entire process, experts say.

US Secretary of State John Kerry said in Lausanne where the April 2 understanding was announced that he had "no illusions about the fact that we still have a ways to travel".

The main problem looks to be the timing of when US and EU economic sanctions related to the nuclear dossier will be lifted -- UN sanctions and those dealing with other areas are separate matters.

Iranian President Hassan Rouhani said he wants the removal of the sanctions to occur "on the first day of the implementation of the deal".

But Western officials say this will only happen once the UN atomic watchdog has verified that Iran has taken key steps in the agreement such as removing nuclear machinery. Kerry said this would take "probably six months to a year".

The details on other key areas also still have to be nailed down.

According to a US fact sheet, the deal will include Iran slashing the number of centrifuges -- which can make nuclear fuel but also the core of a bomb by "enriching" uranium -- to 6,104 from 19,000 at present.

In addition, Washington says, Iran will shrink its stockpile of enriched uranium by 98 percent. Taken together this will extend the "breakout" time needed to make one bomb's worth of material to at least one year.

Iran has however criticised the fact sheet and a joint statement by Zarif and EU foreign policy head Federica Mogherini on April 2 was much less specific, saying only that Iran's enrichment capacity and stockpile would be "limited".

Other areas that still have to be cleared up include the details of the IAEA's expanded inspections role and the future scope of Iran's research and development of new kinds of nuclear machinery.

"What has been done so far does not guarantee an agreement, nor its contents, nor even that the negotiations will continue to the end," Iran's supreme leader Ayatollah Ali Khamenei said on April 9.