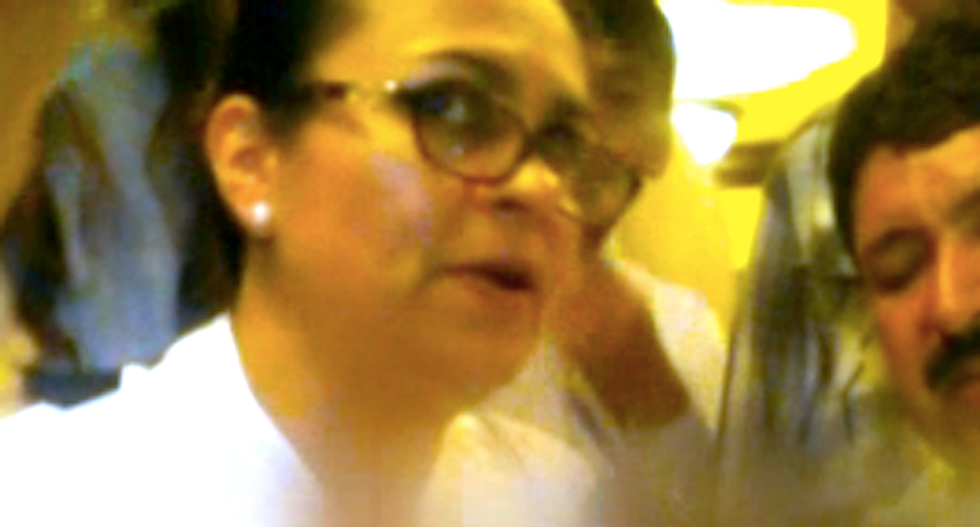 A Texas couple fled to Mexico after a failed attempt to raise a starved toddler from the dead, police said.

Officers received an anonymous tip March 26 that the 2-year-old boy had died nearly a week earlier but was not reported, according to NBC News.

Police went to a Balch Springs home, which also operated as a church, where they were told a “rising ceremony” had been performed four days earlier in an attempt to resurrect him, the network reported.

The child’s body was taken to Mexico the next day by his parents and other members of the Congregacional Pueblo De Dios, police said.

Investigators have not yet located the parents or church congregants.

Video of the ceremony appears to show Aracely Meza, the church’s secretary, praying and speaking in tongues over the toddler’s body, which she anoints with oils, as other congregants gather around.

Meza, who is not the child’s mother, was charged with injury to a child by omission.

A woman who knew the boy’s mother said pastors believed the child was possessed by demons, and she said the boy went 25 days without food before he died.

The video shows Meza asking Jesus to give breath to the boy, identified as Benjamin, during the hours-long ceremony.

After the ceremony fails to bring the boy back to life, Meza breaks down crying.

Congregacional Pueblo De Dios, which was formed in 2007, is affiliated with the Hispanic Conference of the Congregational Holiness Church, a Georgia-based Pentecostal denomination, reported NBC News.