The long goodbye or, How can I miss you if you won't go away? 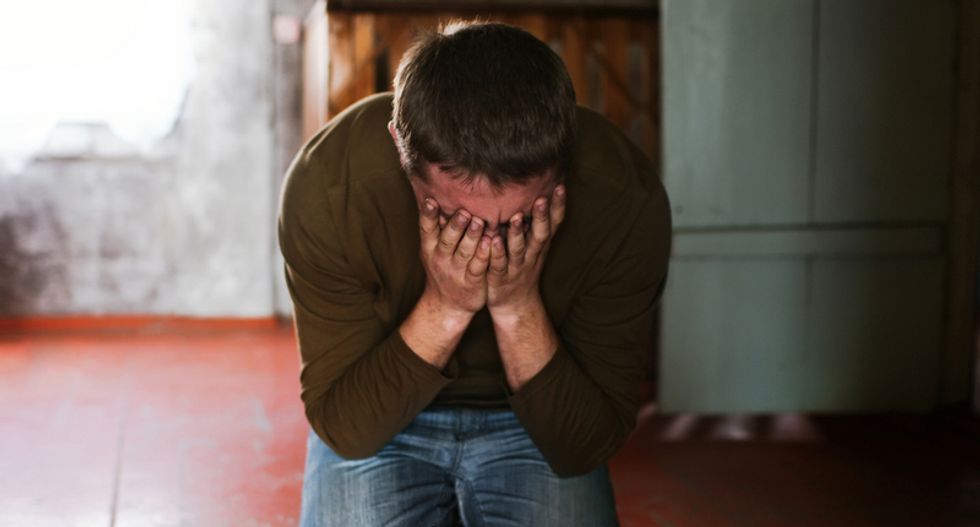 A man beside himself with grief - (Shutterstock)

Back when the world was young, say 2007-ish or so, there were these things called "blogs."

Blogs were something that people would read on the "World Wide Web," and the purpose of blogs was to share opinions with like-minded individuals in an effort to harness the power of many for the greater good of all through consensus building and information sharing.

They were also something to read when you were supposed to be doing work. Actually, they were mostly that.

During those heady days before large websites laid claim to the eyes of the information-hungry masses with brilliant commentary, concise analysis, and animated gif's of corgis doing adorable things, there roamed about the Earth a breed known as the "war-bloggers."

You may remember them as the 101st Chairborne, Keyboard Kommandoes, or the Fighting Hellmice.

There was not a war they wouldn't chant U-S-A! U-S-A! U-S-A! at as long as someone else was going to be doing the fighting because, you know: asthma, an old high school football injury, just got promoted to Asst. night manager at Radio Shack.

It wasn't that they didn't want to go fight the dirty Muslims "over there," but going "over there" meant leaving "here" and who was going to fight the war at home with the liberals?

Now the wars over there are over -- even though America is always at war with someone, but bear with me -- and the grizzled veterans of the culture wars congregate elsewhere on the Internet, in cyber-VFW halls where they talk about the good old days when men were killing other men, and women weren't messing up video games or being stuck-up bitches who are probably all lesbians anyway and, oh god, why is everyone is gay nowadays, and where have you gone Andrew Breitbart?

Twitter seems to be their hangout now, but things apparently aren't going so well there as conservative tweeters are being Twitter-droned and put in Twitter Gulag or something they call "shadow-banned," despite the 1st Amendment which isn't as bullet-proof as the 2nd Amendment when it comes to "anything goes, YOLO!" as James Madison wrote in an earlier draft.

Someone conservative got banned on Twitter or boycotted or something or other -- it's really not that important -- and we were treated to a late-Saturday night Twitter meltdown by our old buddy, Ace O'Spades -- vagina adverse Warblogger Supremo who takes his motto from H.L. Mencken: "Every normal man must be tempted, at times, to spit on his hands, hoist the black flag, and begin slitting throats."

We'll skip ahead here a bit:

Who could disagree with that? Certainly not me.

I don't want this split to be acrimonious either, and as much as I would like to say, "Baby, please don't go..." I really think this is for the best.

But first, some advice before anyone acts too hastily: