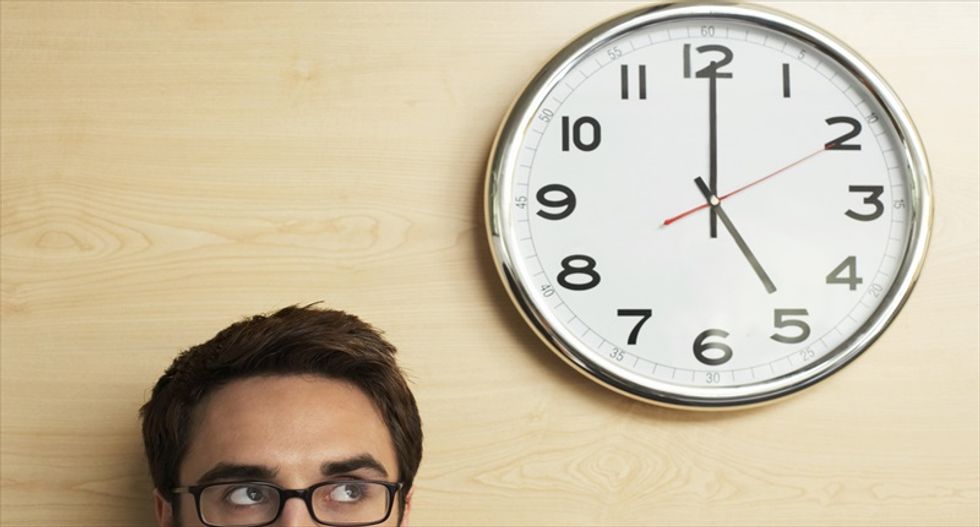 Physicists said Tuesday they have fine-tuned an atomic clock to the point where it won't lose or gain a second in 15 billion years -- longer than the universe has existed.

The "optical lattice" clock, which uses strontium atoms, is now three times more accurate than a year ago when it set the previous world record, its developers reported in the journal Nature Communications.

The advance brings science a step closer to replacing the current gold standard in timekeeping: the caesium fountain clock that is used to set Coordinated Universal Time (UTC), the official world time.

Accurate timekeeping is crucial for satellite navigation systems, mobile telephones and digital TV, among other applications, and may open new frontiers in research fields such as quantum science.

The world's official unit of time, the second, has since 1967 been determined by the vibration frequency of an atom of the metallic element Caesium 133 -- a method of measurement similar to monitoring the pendulum swings of a grandfather clock.

The instrument used to set international time is the caesium fountain clock, which has improved significantly over the decades and can keep time to within one second over 100 million years.

But new, experimental optical clocks that work with strontium atoms at optical frequencies much higher than the microwave frequencies used in caesium clocks, have been shown in recent years to be even more accurate.

The clock in the latest study, developed by scientists at the National Institute of Standards and Technology (NIST) and the University of Colorado in Boulder, measures time by detecting the natural vibrations or "ticks" of strontium atoms in red laser light, said the team.

The clock's stability -- how closely each tick matches every other tick, "has been improved by almost 50 percent, another world record," said an NIST statement.

The clock is also sensitive enough, the researchers said, to measure tiny changes in the passage of time at different altitudes -- a phenomenon predicted by Albert Einstein a century ago and studied ever since.

Einstein's relativity theory states a clock must tick faster at the top of a mountain than at its foot, due to the effects of gravity.

"Our performance means that we can measure the gravitational shift when you raise the clock just two centimetres (0.78 inches) on the Earth's surface," said study co-author Jun Ye.

The team had built a radiation shield around the atom chamber of their clock, which means it can be operated at room temperature rather than in cryogenic conditions.

"This is actually one of the strongest points of our approach, in that we can operate the clock in a simple and normal configuration," said Ye.