'The rollercoaster is exhausting': This is what it's like to live on death row in Tennessee 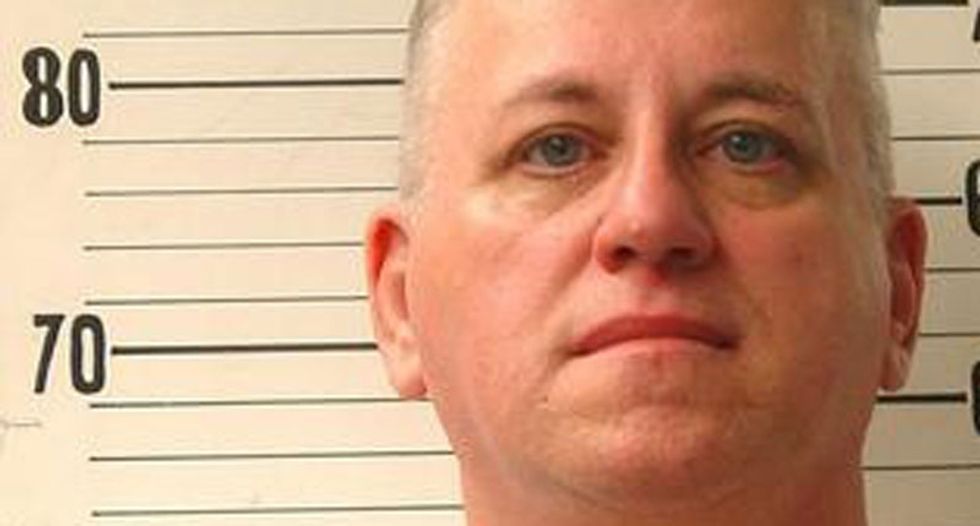 Donnie Edward Johnson’s 24 March execution has been postponed, along with those of 33 other Tennessee death-row inmates. (Photograph: Tennessee department of correction)

Donnie Johnson has spent nearly half of his life waiting to die. In 1985, the Memphis camping equipment center staffer was found guilty of suffocating his wife, Connie, with a plastic garbage bag. Since his conviction, he’s maintained his innocence; insisting that a work‐release inmate murdered his wife, and that he only helped dispose of the body at a nearby shopping center out of fear for his life.

The 64‐year‐old death row inmate, who stays at Riverbend Maximum Security Institution on the western outskirts of Nashville, has twice been scheduled to die. Johnson received his first stay of execution in 2006, which later led to an unexpected meeting in 2012 with his stepdaughter, Cynthia Vaughn. The meeting gave the Southaven, Mississippi, resident, who was seven years old when her mother was killed, a chance to forgive her stepfather. The two have since met another four times, exchanged letters and chat on the phone every Saturday.

“It changed my life totally,” Vaughn says. After spending most of her life hating her stepfather, she says she’s learned more about the mother she hardly knew and has commemorated each visit with a tattoo of a bird. “I can’t even think of a word to say how much it changed my life.”

Their fragile relationship, slowly on the mend, hinges on the uncertain future of Tennessee’s death penalty. Johnson, whose latest execution date on 24 March was indefinitely postponed, is one of 69 inmates currently locked up on Tennessee’s death row. The inmates’ lives now hang in the balance of a pair of lawsuits contesting whether the state’s two execution methods, lethal injection and the electric chair, illegally subject them to cruel and unusual punishment in violation of their constitutional rights. A court last week halted all executions until the current legal challenges are resolved.

Tennessee’s courtrooms have become one of the latest battlegrounds over how prisoners sentenced to death are executed. Those challenges – which gained national attention last year after several botched executions ahead of the US supreme court’s landmark lethal injection case later this month – come at a time when some residents of the conservative southern state are showing signs of shifting their views on the death penalty.

Since Tennessee’s last execution in 2009, lawyers have argued over numerous parts of the capital punishment process. Following a series of court rulings, the state has switched up the deadly drug used in its executions, concealed the identities of people administering lethal injection drugs to inmates, and brought back the electric chair as a backup execution method in case its dwindling supply of lethal injection drugs runs out. Those legal fights, largely taking place over the past two years, occurred as former Democratic attorney general Robert Cooper embarked on an unprecedented effort to schedule executions in a state that has only killed six inmates since the turn of the century.

Thirty‐four Tennessee death‐row inmates are now challenging whether the state’s procedures for both execution methods are unnecessarily cruel. Kelly Henry, a capital habeas unit supervisor with the Tennessee federal public defender’s office, on Friday presented oral arguments contesting the state’s use of lethal injection in Davidson County chancery court ahead of a trial scheduled later this summer. A separate lawsuit related to the electric chair will be taken up in the Tennessee supreme court in May, Henry says.

Citing the ongoing lawsuits, Tennessee department of correction spokeswoman Alison Randgaard declined to discuss the department’s ability to perform executions, the status of lethal injection drugs currently in its possession, and other death penalty protocols. The state’s supreme court last month overturned a pair of lower‐court rulings that would have forced DoC officials to hand over the identities of executioners and pharmacists to death‐row inmate attorneys to determine their qualifications. Henry says it’s still unclear whether the state can keep secret other details about the process of obtaining lethal injection drugs.

“The Department of Correction stands ready to carry out the will of the court,” Randgaard wrote in a statement.

As those executioners remain on call, Henry questions the broader use of the death penalty in Tennessee. She says the process, particularly when execution dates are delayed, can trigger post‐traumatic stress disorder due to the psychological torture involved. Case in point: one of her past clients had four stays of execution before which he washed down his cell for the next inmate, packed up his belongings and divided them up for his family members. Three days before an execution , Henry says, inmates are moved to an 8ft‐by‐10ft cell, placed under 24‐hour observation, and strip‐searched before all visitations.

“It’s surreal,” Henry says. “All this complete dehumanization of themselves to make sure they don’t kill themselves before they kill them.”

Despite the state’s continued push to carry out executions, traditionally progressive death penalty opponents have forged an unlikely partnership with some conservative residents on the issue. State representative Jeremy Faison recently co‐ sponsored a bill with a longtime death penalty opponent, state representative Johnnie Turner which could gain traction inside the Tennessee statehouse in 2016.

Knoxville resident Kenny Collins, who helped launch Tennessee Conservatives Concerned About the Death Penalty, says his stance toward the death penalty changed when he learned about the higher costs of incarceration for death‐row inmates, the potential risk of killing a wrongfully convicted person, and the amount of power given to the government over a person’s life.

“I can’t say if [a wider shift in opinion] is going to happen overnight,” says Collins, whose own opinions on the issue shifted just three years ago after doing some research. “I can’t say if it’s going to happen next week. The conversation around the death penalty has changed so much within a year. More conservatives are voicing their opposition to the death penalty.”

Vaughn was once also a staunch supporter of the death penalty, actively posting on online forums and demanding that convicts like her stepfather be held accountable for their actions. But her views have slowly changed. Without an all‐but‐unlikely moratorium, she realizes the inevitability of Johnson’s death and is asking him every last question about her mom, jotting down every last detail, and has even made him promise to choose lethal injection over electrocution – an option he still holds due to the length of time he’s served in prison. Johnson, who she says has come to terms with his eventual death, agreed her request.

“The window of opportunity could close in five minutes or five years,” Vaughn says. “The rollercoaster that the state puts everybody through is exhausting … If you’re going to execute him, execute him. If you’re not, don’t execute him. Stop messing with the families of both the inmates and the victims.”