Tom DeLay: I have a 'right' to not serve gay sinners because they 'undermine' my religious liberty 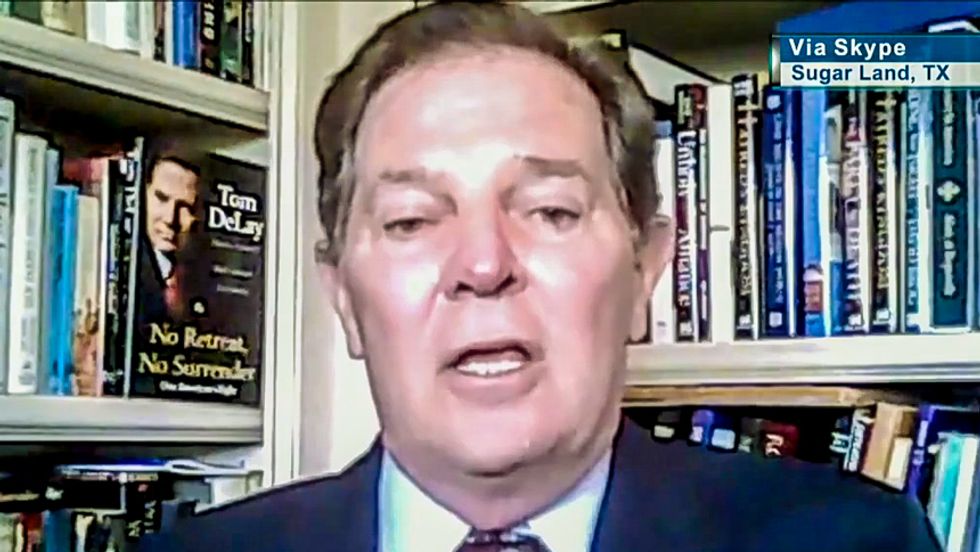 "This is the result of the gay agenda," DeLay told Newsmax host Steve Malzberg on Monday. "We're now seeing what the gay agenda is all about. Our religious liberty, as you know, Steve, is the bedrock of our country. As it's described in the Declaration of Independence, that we get our rights from our creator, somebody bigger than us. And from that, we get truth, with the values by which we live. And from that, we're good people that can govern through the Constitution."

"Religious liberty is the foundation of this country, and what they're trying to do is undermine religious liberty so that they become an accepted sexual orientation," the former House Speaker continued. "And we have got to fight this battle to the bitter end because when you let the government dictate to you what you believe and what your values are, this county is finished."

According to DeLay, the so-called "religious liberty" laws were "not about discrimination."

"We love people who have chosen to be homosexuals," he insisted. "The problem is, we abhor the sin. So yes, when I have a business and some gay person walks in -- unidentified by the way, there's no way you can tell it unless he tells you -- then I'm going to serve him."

"These two governors have shown great weakness, but I've got tell you these [Republican presidential] candidates, they came out, they understood immediately."

Watch the video below from Newsmax, broadcast April 6, 2015.