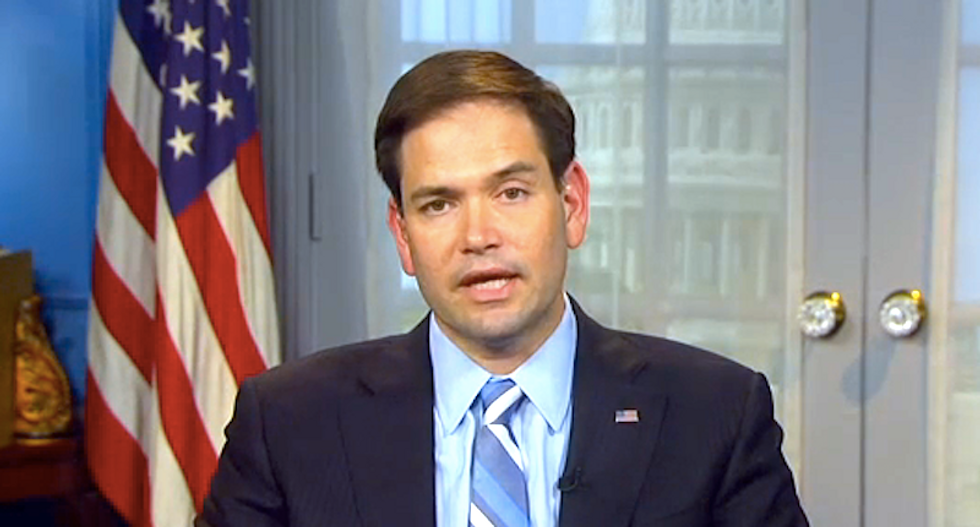 The Florida senator, who recently announced that's running for the Republican presidential nomination, appeared Wednesday on Fusion TV, where host Jorge Ramos approached the issue from another angle, reported Mediaite.

“If someone in your family or your office that happens to be gay and they invite you to their wedding, would you go?” Ramos asked.

“If there’s somebody that I love that’s in my life, I don’t necessarily have to agree with their decisions or the decisions they’ve made to continue to love them and participate in important events,” Rubio said.

Rubio compared same-sex unions to second marriages after divorce, which are technically prohibited by his Catholic faith, and said marriage equality should be decided by state legislatures -- not through court rulings.

“Ultimately, if someone that you care for and is part of your family has decided to move in one direction or another or feels that way because of who they love, you respect that because you love them,” he added.

“If someone gets divorced, I’m not going to stop loving them,” he said.