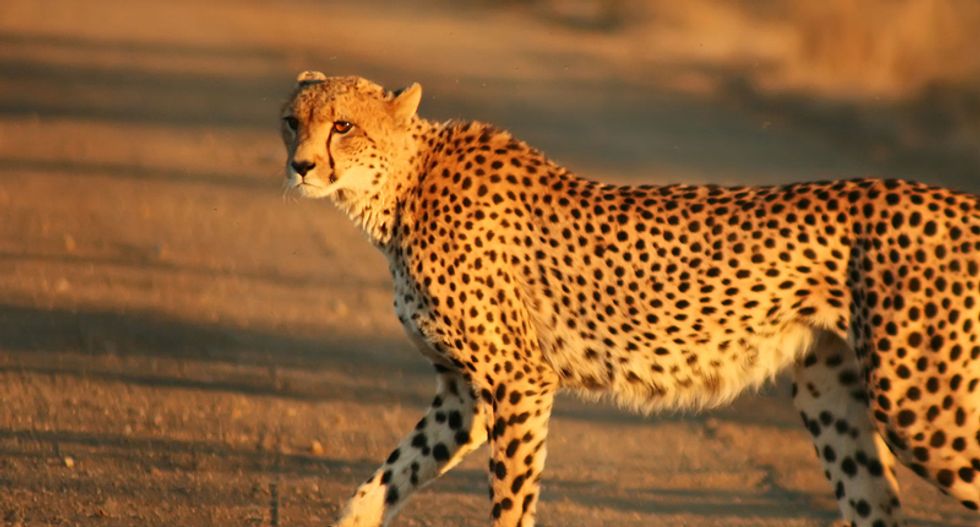 "Cheetah Kruger" by Mukul2u - Own work. Licensed under CC BY 3.0 via Wikimedia Commons.

A two-year-old boy fell into a cheetah pen at the Cleveland Metroparks Zoo and hurt his leg after his mother dropped him but the wild predators in the enclosure did not approach him, zoo officials said on Saturday.

The child's mother was holding him over an observation wall abutting the enclosure when she dropped him, said Metroparks Zoo spokeswoman Sanaa Julien.

"The cheetahs made no attempt to interact with the child and parents at any time," Cleveland Metroparks Zoo executive director Christopher Kuhar said in a statement.

The child, whose name was not released, was rescued from the enclosure and transported by ambulance to MetroHealth Hospital after sustaining a leg injury from the fall, according to a statement from Cleveland Metroparks Zoo.

The exhibit, which houses two male cheetahs, was closed down for the remainder of the day, Julien said.

Cleveland Metroparks, the organization that runs the 183-acre zoo and a number of parks in the Cleveland area, plans on Monday to press for misdemeanor child endangering charges against at least one parent of the child, according to its statement.

(Reporting by Kim Palmer in Cleveland; Editing by Alex Dobuzinskis and James Dalgleish)