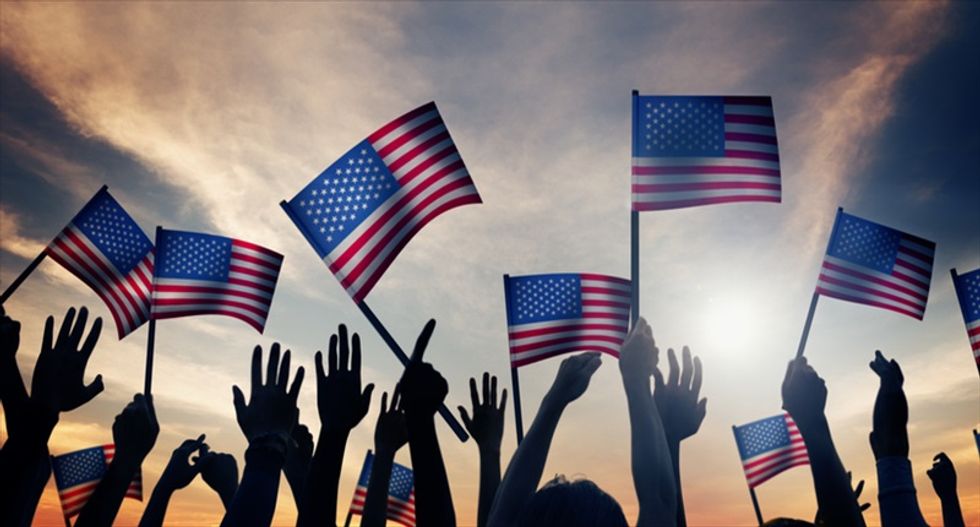 A university in southern Georgia canceled classes on Friday before a rally expected to draw several thousand people angry over an American flag getting stepped on during a recent protest on campus.

Valdosta State University officials said no classes would be held and extra law enforcement officers would be on campus during the day to ensure the safety of students and staff.

The university, located in Valdosta, about 15 miles from the Florida border, has drawn national attention after a cell phone video of an altercation at the April 17 rally was posted on the Internet.

The video shows demonstrators walking on a U.S. flag lying on the ground. A woman named Michelle Manhart, an Air Force veteran who lives in the area, is seen taking the flag from the protesters to protect it.

She refused to return the flag, even after being ordered to do so by police. She was eventually detained by officers and has been banned from the campus, according to local media reports.

One of the protesters said in a subsequent YouTube video that he was demonstrating against racism and white supremacy.

Flag defenders had been critical of school President William McKinney's response that freedom of speech must be upheld even if in includes disrespect to the flag.

Critics have launched their own protest movement called "Flags over VSU." According to the group's Facebook page, more than 4,000 people are expected to converge on the campus Friday afternoon for a rally to defend "Old Glory."

"We will not waiver in standing up for our nation, our flag and our soldiers," says a message on the Facebook page.