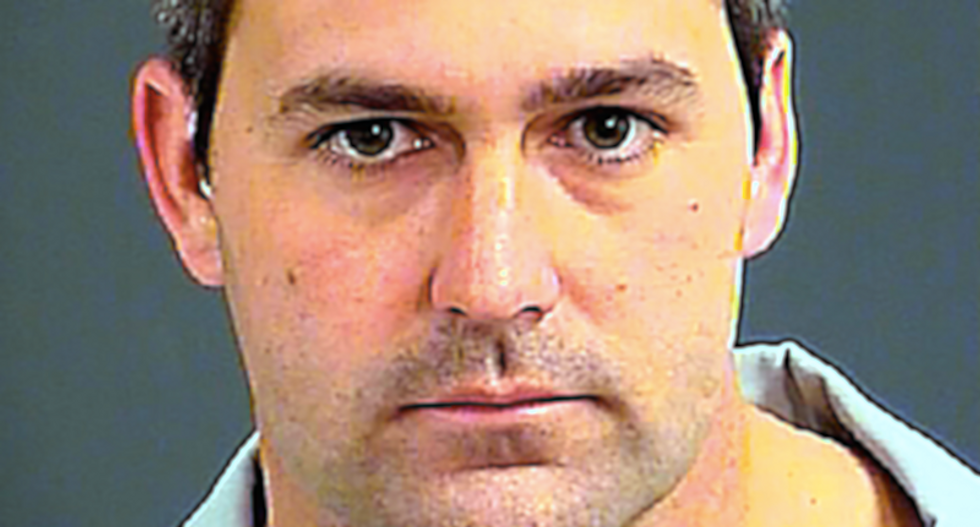 The South Carolina police officer charged with murder in the fatal shooting of a black man had at least one prior complaint for excessive force.

Patrolman Michael Thomas Slager initially told investigators that Walter Scott attempted to take his Taser following a traffic stop, but video recorded by a bystander who witnessed a foot pursuit shows the North Charleston officer shoot the unarmed man in the back.

At least two other white officers have been charged in South Carolina since last year in the shooting deaths of unarmed black men, and officers in the state have opened fire on at least 209 suspects in the past five years.

The North Charleston Police Department, which is 80 percent white in a city that is 47 percent black, has been sued in federal court 46 times since 2000.

Mario Givens, a black North Charleston man, told the Associated Press on Wednesday that Slager had roughed him up during a 2013 investigation, when the officer came to his door and demanded to come inside without saying why he was there.

"'Come outside or I'll tase you,'" Givens said the officer told him as he barged in. "I didn't want that to happen to me, so I raised my arms over my head, and when I did, he tased me in my stomach, anyway."

Givens was initially accused of resisting the officers, but he was later released without charge.

Officers were looking for Givens’ brother after his ex-girlfriend reported that she woke up to find him in her bedroom.

Maleah Kiara Brown, who followed police to the home, told the AP she described Givens’ brother as 5 feet, 5 inches tall, but Givens is more than 6 feet tall.

She said Givens was polite when he asked officers why they were there, and she said Slager seemed “cocky” and acted “like he wanted to hurt him.”

Givens filed a formal complaint the following day, but he said police refused to take statements from neighbors who witnessed the incident.

Slager said in his report that he feared Givens had a weapon and that he ignored several commands to come outside.

An internal affairs investigation of Slager’s actions “exonerated” the officer.

Brown, the ex-girlfriend, is listed as a witness in the investigative report, but she said police never contacted her about the incident.

Givens said he was never questioned by police, either, and he learned the case was closed six weeks later after going to the police station and asking.

"They never told me how they reached the conclusion – never,” he told the AP. “They never contacted anyone from that night, no one from the neighborhood.”

Slager was cited in January for failing to file a report after a black woman complained that her children were being harassed.

A police spokesman said the department planned to eventually review the excessive force case to see if Slager should have been cleared, but Givens said Scott might still be alive if his complaint had been properly handled.

"It could have been prevented," Givens said. "If they had just listened to me and investigated what happened that night, this man might be alive today."