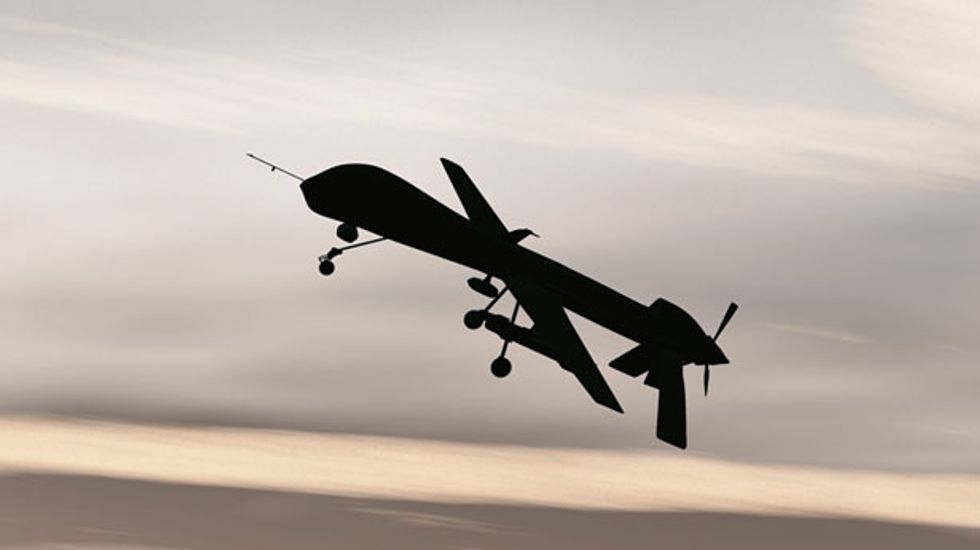 The wife of an American hostage killed by a US drone strike in Pakistan has placed blame for his death at the feet of both the “inconsistent and disappointing” efforts of the US government and her husband’s al-Qaida captors, who she says “will have to face their God to answer for their actions”.

Warren Weinstein, 73, was killed in a January drone strike on an al-Qaida compound in Pakistan , the White House revealed on Thursday, crushing his family’s hopes that he might be freed after more than three years as a hostage.

Elaine Weinstein thanked several members of Congress for their attempts to press for her husband’s release, as well as “specific officials” of the FBI, but reserved damning words for other sectors of the government.

“Unfortunately, the assistance we received from other elements of the US government was inconsistent and disappointing over the course of three and a half years,” she said.

“We hope that my husband’s death and the others who have faced similar tragedies in recent months will finally prompt the US government to take its responsibilities seriously and establish a coordinated and consistent approach to supporting hostages and their families.”

A representative of the family told the Guardian they are “devastated”.

“I’ve done a lot of service for my country, and I would hope that my country will now look after me and take care of me and meet the demands of the mujahedeen.”

Al-Qaida said in its statement with the video that it had kidnapped Weinstein “only seeking to exchange him” for prisoners held by the US. Later his captors said they kept Weinstein hostage because he was Jewish.

The White House called for Weinstein’s release and but drew a line in the sand after the video emerged, refusing to negotiate with al-Qaida despite concerns for the health of Weinstein, then 70. Weinstein suffered from heart problems, high blood pressure and asthma, and after his abduction, his employer, the developer JE & Austin Associates, implored his kidnappers to get him medications.

Then White House press secretary Jay Carney told reporters he did not believe that Obama had seen the video at the time. On Thursday, Obama said he takes “full responsibility” for the operations that killed Weinstein and an Italian civilian. “I profoundly regret what happened,” he said. “On behalf of the United States government, I offer our deepest apologies to their families.”

Weinstein’s family campaigned for years to secure his release, winning allies in Congress but failing to make much headway with the administration.

But only rarely mentioned by the administration, the abduction seemed to fall from focus as the Middle East convulsed with crises in Syria and Iraq. In a 2013 video , Weinstein himself said he felt “totally abandoned and forgotten” and again begged for help. Al-Qaida even wrote to his family, asking them to do what they were already attempting: “pressure your government.”

Also in 2013, Weinstein sent a letter to journalists, saying: “I have appealed several times to President Obama to help me but to no avail. I am therefore writing now to the media to ask that you help me to gain my release and rejoin my family.

“I hope that the media can mount a campaign to get the American government to actively pursue my release and to make sure that I am not forgotten and just become another statistic. Given my age and my health, I don’t have time on my side.”

Hope briefly returned to the family after the Obama administration exchanged five members of the Taliban for American prisoner of war Bowe Bergdahl. Weinstein’s wife and two daughters made a new push for action, now in the context that the US would and had negotiated a prisoner swap. Congressman John Delaney, representing Weinstein’s home state of Maryland, introduced a House resolution to press the issue, telling the Maryland Gazette : “I think it’s our view that they could do more.”

But publicly the administration remained unmoved, possibly deterred by the outrage borne of the previous trade. Weinstein stayed in Pakistan, each video missive showing him more frail – even though he said in one video that al-Qaida was providing his medications.

Weinstein was seized on 13 August 2011 when men with assault rifles stormed into his home in Lahore, where he worked as a director for a USAid contractor. He told friends he hoped the job, like his time in the Peace Corps and with USAid as a younger man, would help lift Pakistanis out of poverty by developing ties between businesses, banks, the government and locals. He had told his staff he finish his project and go home in days.

He had lived in Pakistan for eight years, occasionally returning to his family’s home in Rockville, Maryland, or living with his wife and daughters abroad.

They visited almost all the major cities there, and when they weren’t traveling, their home in Lahore was always full of visitors coming and going. “Our house was like Grand Central Station,” his wife told the Gazette , adding that her husband loved the country’s food, culture and people. “He was practically Pakistani,” she said.

Before his time in Pakistan, Weinstein worked mostly abroad on similar development projects, racking up a résumé that suggests a man who was intelligent, devoted to serving others and almost tireless to a fault. He served with the Peace Corp in stints in Ivory Coast and Togo, and then found work with USAid, the International Finance Corporation, the World Bank Group and as a professor at New York University’s Oswego campus. At the age of 59, he turned to consulting and shortly thereafter found a home in Pakistan.

He frequently sent his daughters, Jennifer and Alisa, postcards plastered with the most interesting stamps he could find. When grandchildren arrived, he would Skype with them as much as he could.

Weinstein had worked in dangerous countries before but was adept at making friends and would adopt parts of other cultures, a Pakistani acquaintance told the New York Times after his abduction. He learned Urdu – in addition to seven other languages – and would sometimes wear the shalwar kameez tunic and trousers of Pakistani culture.

Having graduated with a doctorate degree from Columbia University in 1970, Weinstein turned to development work abroad and “working on and teaching the protection of human rights”, as he wrote in his 2013 letter. He also published several works on ethnic conflicts in Africa and people’s relations to their colonial pasts.

At the time, the family said they had no choice but to believe the administration’s assurances that it was doing everything possible to secure Weinstein’s freedom. “We have to take it on faith,” his wife said.

In their statement released Thursday, the family said they are looking forward to the results of the independent investigation into the circumstances of Weinstein’s death.