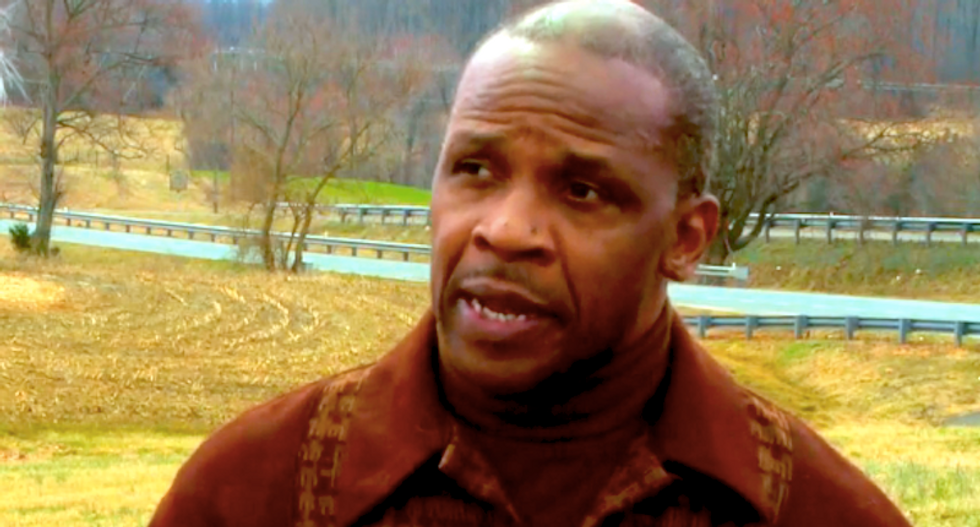 A Maryland man faces more than 15 years in prison for allegedly assaulting police officers – and evidence that may back his claims of innocence appears to be missing.

Stuart Fitzgerald, who is black, was pulled over May 26 for flashing his high beams while driving in Orange County, Virginia, and police said he refused to sign a citation and stayed inside his vehicle when he was ordered out, reported WUSA-TV.

Video recorded by a dashboard camera shows an officer opening the car door less than two seconds after his first attempt, and the 53-year-old Fitzgerald steps out of the vehicle while the officer keeps one hand on him.

What happens next is unclear, because some audio and images from the dashboard camera and six others at the scene are missing or still haven’t been collected by investigators.

Video shows an Orange County sheriff’s deputy throwing Fitzgerald onto the four-lane highway, but there is no audio during that segment due to what has been described as a malfunction.

The footage also partially shows Fitzgerald’s head repeatedly hitting the patrol car’s hood – but the deputy claims Fitzgerald intentionally did that to himself.

Fitzgerald said he did not remember what happened at that point, but suffered a chipped tooth and facial injuries as a result.

Authorities said that Fitzgerald struggled until officers “placed him on the ground and restrained him,” but he denies fighting with police.

The president of the Law Enforcement Legal Defense League agrees with defense experts who say the video does not show Fitzgerald attacking officers, but the missing evidence essentially puts his word against the law enforcement officers' accounts.

Fitzgerald, who was wearing a tuxedo during the incident after returning from a business trip, said he screamed during the encounter because police twisted his wrist while placing him in handcuffs.

"The third time I hollered, he grabbed my neck and threw me out on the street,” Fitzgerald said.

Fitzgerald was charged with three felonies, including assault on an officer, but neither officer was ever investigated for misconduct.

The Orange County deputy has since left the agency, although the sheriff would not say why.

His current attorney, who has been suspended by the bar eight times for licensing violations, was unaware of many of the findings uncovered by the TV station.