WATCH: Former cops get high, knock the 'war on drugs' and give each other sobriety tests 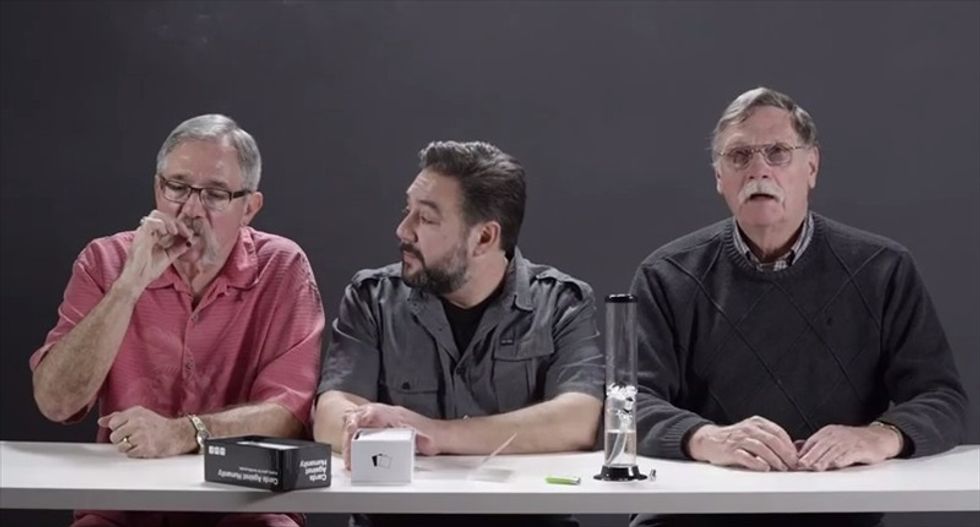 A trio of retired police officers make the case for legalizing marijuana in a video released on Monday by Cut Video -- after partaking of the drug themselves and giving each other sobriety tests, Newsday reported.

"A real good reason for legalizing marijuana is that some of the stuff on the street right now, you never know what it's cut with, so you really don't know what's gonna happen to you," says one officer, identified as Rene. He adds that legalization offers consumers "a quality product -- you know what it is and where it came from and what it's gonna do to you."

Rene tells the filmmakers that he can't remember arresting someone for marijuana possession, but he did make a habit of taking people's pot away from them after detaining them, then throwing it away.

"I thought that was a bigger deterrent than actually writing them a citation," he says.

Another ex-officer, Robert, calls for the drug to be legalized and "more widely available" for medical reasons.

"It also costs more to put somebody in prison -- not jail but prison -- than it costs to send them to Harvard," he says.

The nearly seven-minute video shows all three officers giving each other sobriety tests before and after taking a hit from a bong. The video was reportedly filmed in Washington state, where marijuana has already been legalized. The third officer, David, observes that the drug takes away the feeling cultivated in him as an officer that he needs to control his surroundings.

"This is actually pretty comfortable, though," Rene interjects. "It's relaxed and I don't feel like I have to be in control. It's pretty cool."

"I'm 73 years old. I don't know what the hell you're talking about," he says. "It's been so long since I made love, I can't remember who ties up whom."

The video was released to celebrate April 20, aka 4/20 for marijuana enthusiasts. Real Time host Bill Maher released a petition last Friday calling for the date to be marked as an official federal holiday.

Watch the former officers share a few tokes, as posted online on Monday, below.