You too can get Rand Paul to mouth some bullsh*t story you made up about Hillary Clinton -- ask me how! 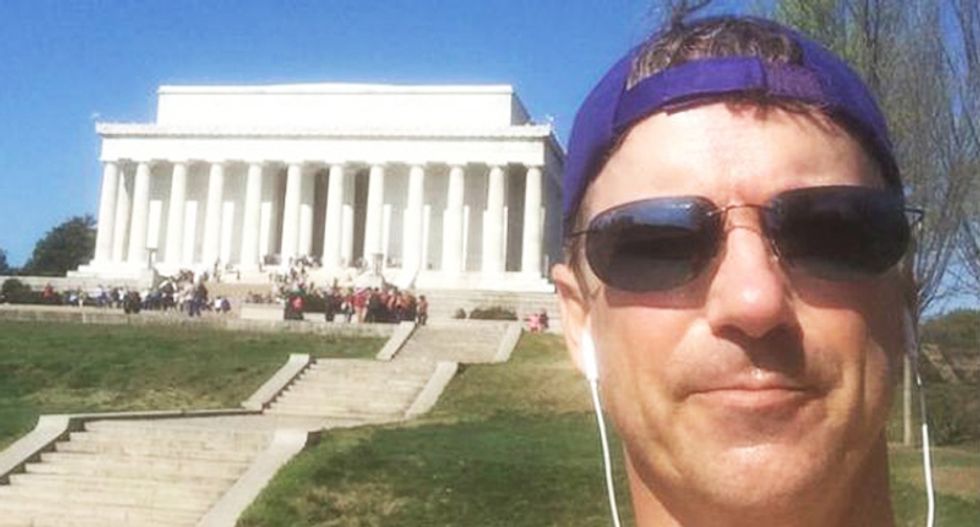 Have you ever wanted to make a presidential campaign blow up like the Death Star before it really ever got started, but didn't want to have sex with Gary Hart or be Tim Pawlenty?

You could put in a lot of hard work doing research, following up leads, getting people to speak on and off the record, poring over documents and tax records, digging through trash, etc. And then, one day: eureka, paydirt! you get published and down goes the candidate; their hopes and dream forever crushed, their children filled with shame and prone to alcoholism and eating disorders.

Or you could just make shit up.

If you got a hankering to halt Hillary Clinton with some fantasy hate-fic of your own, Kentucky Senator Rand Paul is ready to lend a helping hand.

Paul -- the least likeable character in Ayn Rand's unpublished masterpiece "Gimme! Mine! Fuck You!" -- is crowdsourcing dirt on the Clintons and their Clinton Foundation, so it's just like Whitewater all over again.

If you have some tips for Rand about  the Clintons  selling out America by accepting foreign contributions (Muslim money, Benghazi bucks, and any other weird foreign medium of exchange like beads, goats, child brides, or bits of broken glass) just forward that info right here to Rand, whose army of I Stand With Rand tech-bros will then vet it for public consumption. And by "vet it" I mean: forward it to Breitbart.com or WND and let them puke-funnel it out to the yahoos.

Submissions that seem highly plausible -- those would be the ones written in all-caps which is a sign of FACTS, SHEEPLE, DO YOUR RESEARCH!!!1! -- will receive special treatment, passed farther up the food-chain to Amy Chozick who works the "Whoa, If True!" desk at the New York Times. If you're lucky, you may even get a passive/aggressive "thumbs up!" from self-parodying "journalist" Ron Fournier.

Have fun with it. You'll be surprised how easily it is to engage your reader by beginning your submission with "I am a student at a small Midwestern college and I never thought this would happen to me...." or "This one time, at band camp...". Of course, you'll need to provide an email address, which will mean endless appeals for cash or sales pitches for super cool gadgetry like this Rand Paul  "Suck It NSA" Hi-Tech Spy Cam Defier, but you can probably get around that by using michelebachmann4God@aol.com for the extra credibility and stuff.

Remember: no story is too crazy or too stupid or batshit crazy.

Let your imagination, your use of #Benghazi, and your lack of conscience be your guide.

The U.S. government will pay out tens of millions as part of an "agreement in principle" to settle lawsuits over the fatal 2015 mass shooting at the Mother Emmanuel AME Church in Charleston, South Carolina.

"These settlements will resolve claims by 14 plaintiffs arising out of the shooting. Plaintiffs agreed to settle claims alleging that the FBI was negligent when it failed to prohibit the sale of a gun by a licensed firearms dealer to the shooter, a self-proclaimed white supremacist, who wanted to start a 'race war' and specifically targeted the 200-year-old historically African-American congregation," the Department of Justice announced Thursday. "For those killed in the shooting, the settlements range from $6 million to $7.5 million per claimant. For the survivors, the settlements are for $5 million per claimant."

Researchers set up an online oracle to help users make ethical decisions, but the artificial intelligence they set up is pretty racist.

The Allen Institute created a machine-learning model called "Ask Delphi," which allows users to input situations or ask questions the AI will "ponder" for a few seconds before giving ethical guidance, but users quickly determined its advice is frequently bigoted, reported Futurism.

Former Sen. David Perdue of Georgia -- one of the earliest promoters of the Big Lie while trying in vain to win reelection in 2020 -- has let it be known that he might launch a primary challenge to Gov. Brian Kemp in 2022.

A Perdue candidacy would center the race right where Donald Trump wants it: on continuing to hustle the Big Lie that the election was stolen in 2020. Kemp is one of Trump's major targets for having not sufficiently supported Trump's insurrection by overturning President Joe Biden's victory in Georgia.