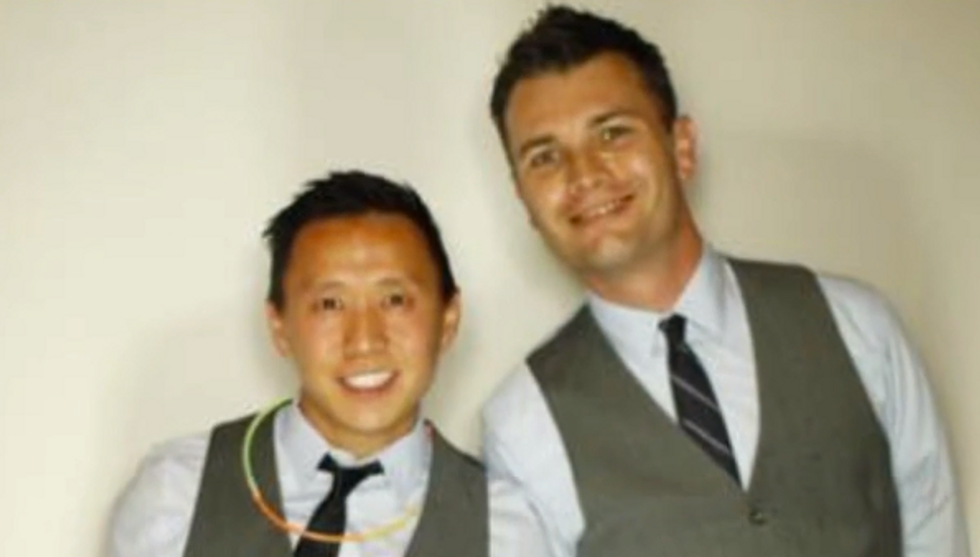 Online accommodations company AirBNB has dropped a historic home in the Galveston area from its listing of available rentals after the owner of the property kicked out a gay couple who had booked a room for the weekend.

Speaking with ABC13, commercial airline pilot Jonathan Wang said he and his partner, Brent, discovered the home online when they were looking for a place to stay while attending the wedding of a friend.

"We like bed and breakfast," Wang explained. "We went in and took a tour of the house on our own. Everything looked really nice."

The couple checked into the $140-a night-room and left to attend a reception, only to be confronted by the owner -- identified as Heather -- when they returned.

"Heather asked me, where my wife was. 'Who is this person?' I said it was my significant other Brent. She said 'I thought you were bringing a wife.' I said I didn't say that specifically. I said is that going to be OK? And she said 'It's not,'" said Wang.

According to Wang, as he and his partner went upstairs to retrieve their things, Heather told them that the bedroom was hers which made her "even more uncomfortable with it."

Wang said the all the hotels in the area were booked for the weekend, but the couple was able to find a place to stay with a friend on the first night.

Upon learning what had happened, AirBNB dropped Heather's  home from their listings and provided Wang with a refund, as well as picking up the tab for a room at a local hotel.

"We have a zero tolerance policy for discrimination on AirBNB. The host in question has been removed from the site. Airbnb has clear guidelines that a host or a guest may not promote hate or bigotry," AirBNB said in a statement.

Asked if she rents to gay couples, Heather told ABC13, "That's none of your business. That's my private home," adding "I'm completely of my legal realms and morals."

Watch the video below from ABC13: