Akron mayor resigns after accusing councilman of threatening to shoot him, battle with local paper 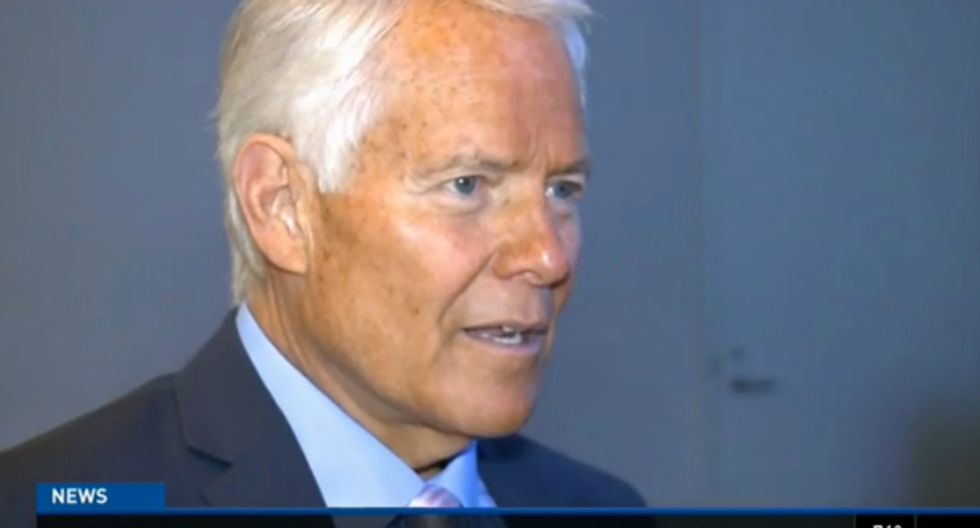 Saying, "I am done fighting this madness," the longtime mayor of Akron, Ohio, announced his resignation after months of turmoil, including accusing a city councilman of threatening to shoot him.

WKYC reported the abrupt resignation of Mayor Don Plusquellic (D) after thirty years of public service in the industrial city.

In a brief interview, the mayor said he had recently spent time in Florida deciding what he wanted to do with his life, before releasing a letter saying he was stepping down at the end of May.

Saying he would not be giving any interviews, the outgoing mayor blamed the local Akron Beacon Journal for his departure in his letter to the city.

“I do not believe that my hometown newspaper is interested in the truth,” Plusquellic wrote in his resignation letter. “I am done fighting this madness.”

Plusquellic was reportedly upset with the paper's coverage of his fights with fellow Democratic Councilman Bob Hoch, after reporting that mayor had asked the police chief to tell Hoch not to attend his annual State of the City speech in March, saying the councilman had made threatening statements to him during council meetings.

The Beacon Journal obtained an email from city spokeswoman Stephanie York to an Akron resident, explaining that the mayor was afraid Hoch would shoot him in front of his mother at the speech.

After the report roiled the community, Plusquellic asked for a meeting with the paper.  However the paper declined saying they had already published a “complete story that included the city’s side of events.”

In a column written by Editorial Page Editor Michael Douglas on the mayor's tenure, Douglas referred to a 2008 Saturday Night Live skit about Hillary Clinton with the theme: “bitches get things done.”

“Well, it might be said, bastards do, too,” Douglas wrote, addressing the need for Plusquellic to show some leadership over the next four years.

In Plusquellic's letter, he said being called “a ‘B’ word in an editorial is more than I’m willing to endure.”

With Plusquelli'c departure, Council President Garry Moneypenny steps into the position according to the city charter.

Watch video below from WKYC: