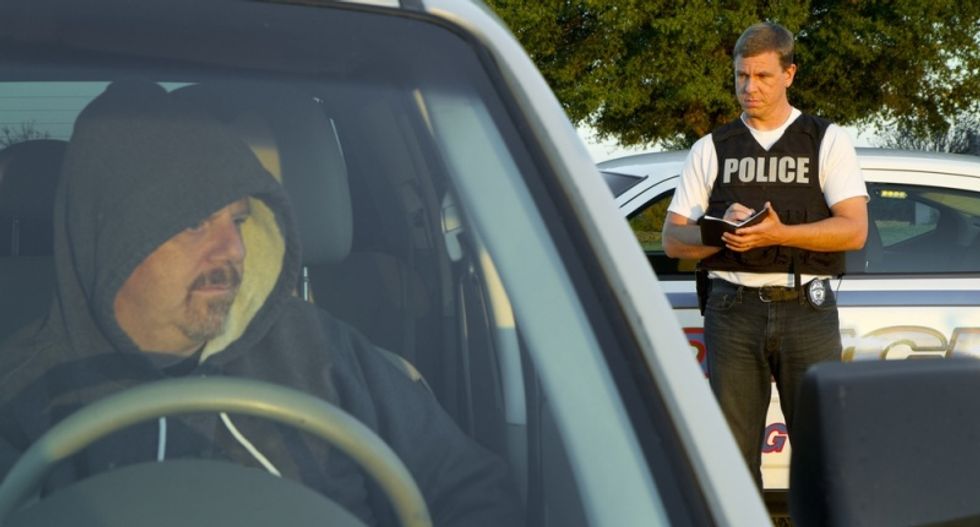 Around 11:00 a.m. on April 14, 30-year-old William Ramos began recording officer Kevin Nesta, who was hiding behind a tree along a busy road, radioing to colleagues about ongoing cars whose passengers were not properly restrained in their seats.

"Turn the phone off before I smash it,'' Nesta says as he walks away from his covert vehicle monitoring spot and approaches Ramos.

Ramos, meanwhile, is still pointing his camera toward Nesta. Nesta, in turn, takes out his own mobile device and films Ramos right back.

"Is there a problem?" Nesta demands.

"I didn't think so," responds Nesta in an authoritative tone that is also menacing. "Is there something you want to videotape?"

"No?" Nesta inquires, "But you're videotaping. Why?"

At an impasse, the camera phone-wielding duo put away their phones and mumblingly part ways peacefully.

Hartford Deputy Police Chief Brian Foley tells the Courant that Nesta has been reprimanded and retrained, and that the officer's filmed interaction with Ramos will help colleagues on the force "understand that they can be videotaped at any time while they are on duty." "That's certainly not the image or the professionalism that we look for in our officers,'' Foley adds.

Ramos tells the Courant he has been concerned about accountability for law enforcement officers ever since his 22-year-old half-brother died at the hands of the East Hartford Police Department in April of last year.  "He was tasered and he passed away,'' Ramos says of his sibling, now deceased. "Those officers were very hostile toward him... It's intimidating when they treat you so hostile.''

Nesta was injured in an on-duty motorcycle accident in 2012. The Hartford police say the collision occurred when another motorist made an illegal u-turn in front of Nesta. Following Nesta's crash, the department released a statement urging area drivers to "proceed with caution" because "motorcycle officers patrol year round."

In 2006, Nesta made headlines for drunken off-duty bar brawling.