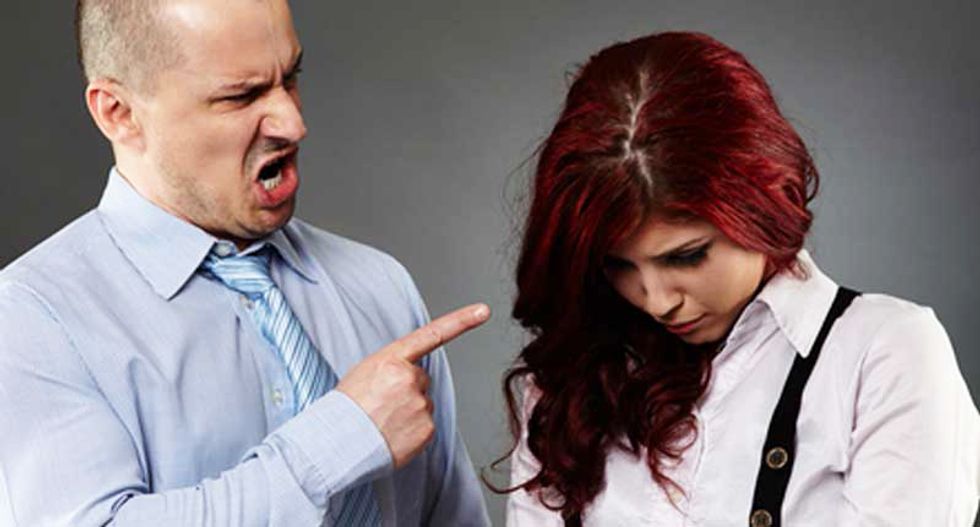 Anti-abortion groups in Washington, D.C. have vowed to defy an ordinance that prohibits organizations from discriminating against women based on their reproductive health choices.

On May 2, the Reproductive Health Non-Discrimination Amendment Act of 2014 (RHNDA) went into effect in Washington, D.C, making it illegal for employers in the nation's capital to fire people for using birth control. The House of Representatives had voted to overturn the democratically enacted city law on April 30, but without approval from the Senate and the President, the so-called "Hobby Lobby on steroids" bill isn't going anywhere.

Undeterred by what the law says, a group of "pro-life" organizations released a joint statement reserving their right to fire people for using birth control if they want to, the Daily Signal reports.

The defiant document, which the Heritage Foundation published, declares that RHNDA is "unprecedented and illegal."

"We are nonsectarian pro-life organizations and religious ministries that make the nation's capital our home," the abortion opponents state. "We will not abandon the purpose of our organizations in order to comply with this illegal and unjust law. We will vigorously resist any effort under RHNDA to violate our constitutionally protected fundamental rights."

The organizations that inked their support at the end of the document include the Alliance Defending Freedom, the Southern Baptist Ethics & Religious Liberty Commission, Americans United for Life, March for Life, Concerned Women for America, and the Susan B. Anthony List.

During debates surrounding RHNDA's reversal on the House floor, non-voting Delegate Eleanor Holmes Norton (D-DC) pointed out that religious organizations in the District of Columbia can hire whoever they want. The city-level legislation in question simply prevents employers from firing employees if they or any of their family members use their private health insurance to subsidize reproductive health expenses like birth control pills

228 members of Congress - including three Democrats - voted for H.J. Res. 43, the bill Representative Nancy Pelosi (D-CA) has repeatedly referred to as "Hobby Lobby on steroids." The Democrats who voted to overturn D.C. law so employers in the city can more easily fire people for making reproductive health choices they don't like are Representatives Henry Cuellar (D-TX), Daniel Lipinski (D-IL), and Collin Peterson (D-MN).

Nearly every year since 1988, Congress has made it a federal crime for the District of Columbia to spend locally raised tax revenues on abortion services for low-income women. Though it has discontinued the practice, Congress prohibited the capital city from using local funds for HIV prevention programming for over a decade.

Though its population is greater than that of Vermont or Wyoming, D.C. has no voting representation in the federal legislature, giving Congressional representatives from other states the power to dictate local law in the District of Columbia.