Anti-Islam blogger Pam Geller on Dallas art show shootings: 'This is a war and the war is here' 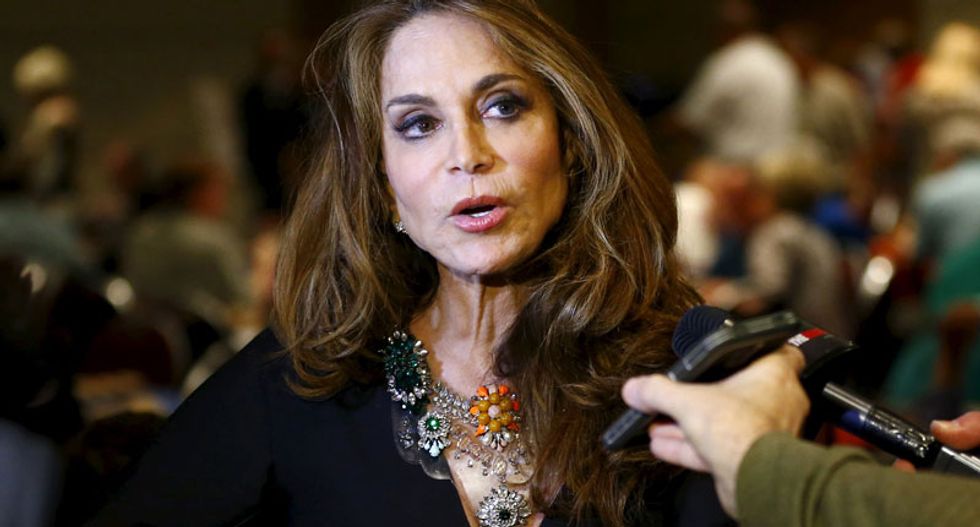 Pam Geller, an anti-Islam activist and blogger, defended her free speech rights after two gunmen were killed after opening fire at an art show she organized.

The slain gunmen have not been identified, but the attacks were similar to others against art that depict the Prophet Mohammed.

“The idea we are going to bridge our freedom, our most basic inalienable right, in order to not offend savages is egregious,” Geller said. “It is outrageous. This is a war and the war is here.”

Fox News gave the controversial Geller, whose American Freedom Defense Initiative organization has been listed as a hate group by the Southern Poverty Law Center, more than nine minutes to speak with little interruption.

“There’s an enemy among us,” she said. “They need to crush our freedoms, our emotions -- basic freedoms. They handled this situation brilliantly.”

Geller said about 300 attendees sang the “Star-Spangled Banner” and “God Bless America” as they were evacuated to a safe room after a suspicious backpack was found.

“They understand the fight,” she said. “We need to stand up for freedom of speech. The idea that a cartoon, a funny cartoon – by the way, we had held the contest – the Muhammad contest. It was won by a former Muslim, that that cartoon would compel devout followers to slaughter is outrageous. It is unspeakable. It is monstrous.”

Geller disagreed that she or her organization are controversial.

“A free speech conference is not controversial,” she said. “Shooting people is controversial. There is a moral inversion. There’s a problem here. The American people need to stand up for the basic founding principle. The principle — it’s offensive speech, it’s the First Amendment. It’s not the Eighth or Tenth, it’s the First Amendment. Who will decide who is good or what is forbidden? The Islamic State? Muslim groups?”