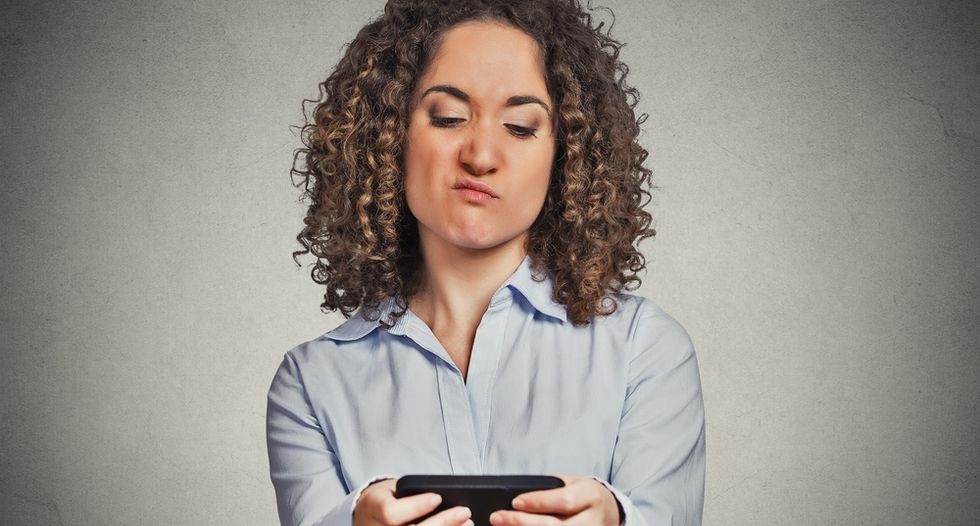 A woman angrily types on her smartphone (Shutterstock)

Marc Ott, the city manager of Austin, Texas has apologized for offering an employee communications training that employed a slew of gender-based stereotypes to instruct attendees on how to deal with the newly majority-female city council, the Huffington Post reports.

"I have to acknowledge that this particular training should have received proper vetting. I must take responsibility for that not having occurred," Ott states to reporters.

The controversial training - which prompted feminists on Twitter to explode on Wednesday in a seething if wittily worded rage - took place on March 27.

Facing a crowd of several dozen people, Allen tells Austin civil servants that it would be a "serious error" in "professional development" to communicate with women the same way one would with men. "Men and women don't process things the same way," Allen explains.

For example, Allen urges the city's rank and file to present their new lady bosses with fewer charts and numbers. In Allen's experience, women legislators tell him, "Mr. Manager, I don’t want to hear about the financial argument, I want to hear about how this impacts the overall community. How it impacts the families, the youth, and the children."

So, Allen reasons a policy proposal "might make good financial sense, but if I want to get it through, and get the necessary votes, I have to present it a totally different way" based on the gender of the audience.

For example, Allen says that he could make a great financial case for a $6 million racetrack, but that a woman-dominated council -- unlike a male-dominated one -- cares less about "cost benefit analysis" and is more interested in the proposed track's proximity to schools.

The Austin American Statesman further reports that a second speaker -- Dr. Miya Burt-Stewart -- followed Allen and proceeded to share her own insights into how to brief women on policy when you're used to briefing men. “Men have egos, women have wish lists,” Burt-Stewart informs the crowd.

Below, a sampling of feminist Twitter's reaction to the Austin's controversial employee training:

#whatwomenask The first speaker should have held up the Barbie that says "Math is Hard". Women do care about fiscal matters in city gov.
— Vinous Rambler (@Vinous Rambler)1431541463.0

And the video that started it all, via the Austin American Statesman.