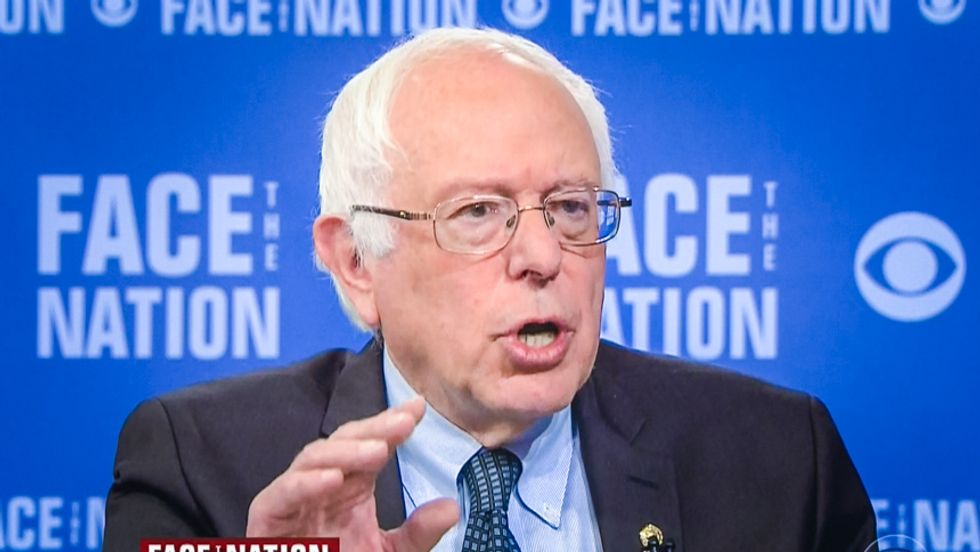 Democratic presidential candidate Bernie Sanders (I-VT) pledged over the weekend that he would impose a "litmus test" on all Supreme Court nominees, requiring them to overturn the Citizens United ruling that allowed unprecedented levels of spending in campaigns.

During an interview on Face the Nation, CBS host Bob Schieffer asked Sanders if he really thought he could defeat former Secretary of State Hillary Clinton for the Democratic nomination.

"The answer is yes," Sanders replied. "Because there is massive dissatisfaction in this country today with corporate establishment and the greed of corporate America, and the incredibly unequal distribution of wealth and income which currently exists."

Sanders pointed out that if Americans put him the White House, this could be the last election controlled by the billionaire class.

"If elected president, I will have a litmus test in terms of my nominee to be a Supreme Court justice," he remarked. "And that nominee will say that we are going to overturn this disastrous Supreme Court decision on Citizens United. Because that decision is undermining American democracy. I do not believe that billionaires should be able to buy politicians."

According to Sanders, he plans to run his campaign without establishing the type of "super PAC" created by the Citizens United decision -- even though Hillary Clinton has said they are necessary to compete with her Republican opponents.

"I understand where she's coming from," Sanders said. "I will not have a super PAC. We have had 200,000 people go to BernieSanders.com to sign up for the campaign. We've had close to 90,000 contributions. Do you know what the average contribution was? It's about $43."

"I don't think we're going to outspend Hillary Clinton or Jeb Bush or anybody else. But I think we are going to raise the kinds of money that we need to run a strong and winning campaign."