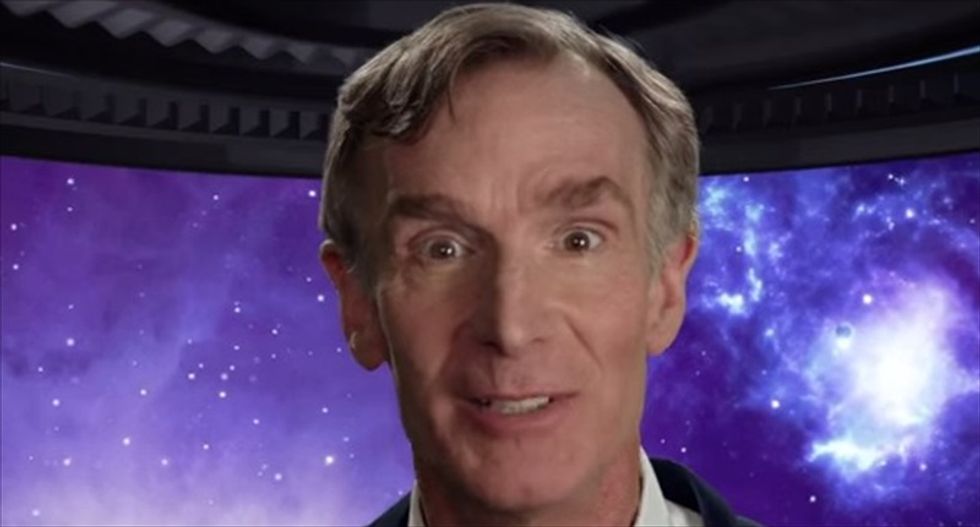 Amy Schumer teamed up with Bill Nye this week for a scathing take on people who say random happenings are a sign from "the universe" regarding their behavior.

"You know how I've been f*cking my married boss for like six months?" Schumer's character tells a friend, explaining that while she was worried the man would never leave his wife, she divined a message from seeing a woman in her yoga class wearing a shirt that said, "Chill."

"I was just like, 'This is so the universe telling me, Girl just like, keep f*cking your married boss,' right?" a relieved Schumer says.

Meanwhile, Nye appears in a "spaceship" reminiscent of the one featured in Neil deGrasse Tyson's Cosmos, mockingly upending scientific convention by revealing that the universe is really less complex than people have been led to believe.

"Try to imagine the universe as a giant dream board on which women pin their wishes," he says.

Of course, even the "Science Guy" has his limits -- in this case, Schumer's friend arguing that having to watch news coverage of a fatal cyclone is really "the universe" telling her she should keep watching New Girl on Hulu.