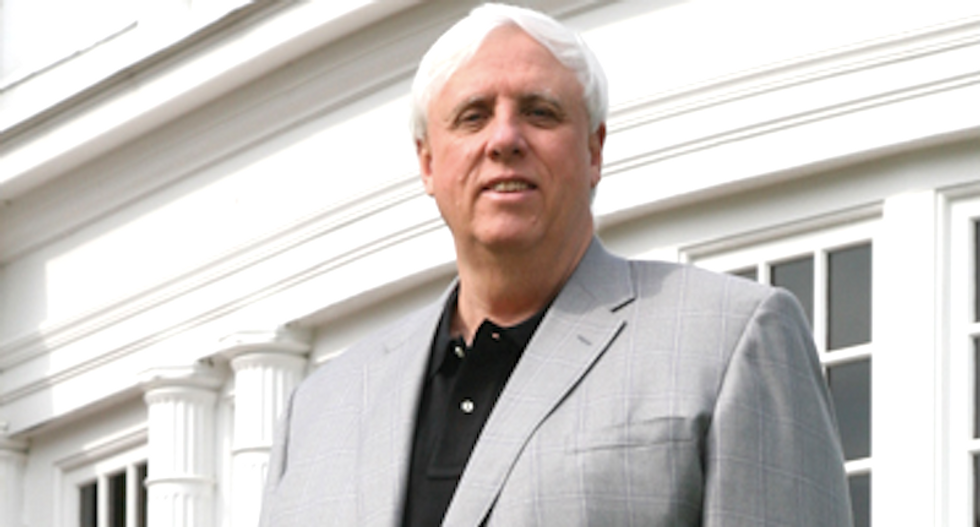 Justice, 64, who according to state records cited by the Wall Street Journal switched his party affiliation from Republican to Democrat in late February, has said he would take a salary of a dollar a year if elected.

He is the second Democrat to officially launch a campaign to succeed incumbent Democratic Governor Earl Ray Tomblin, who is barred by term limits from seeking re-election in 2016. The other contender is state Senator Jeff Kessler.

No Republicans have officially entered the race yet.

In a media release issued just before his official announcement in White Sulphur Springs, Justice took credit for creating or saving thousands of jobs in West Virginia's energy sector.

"Justice supports an all-of-the-above energy approach which promotes growth in coal, natural gas and wind energy to create jobs and prepare West Virginia for the future," it said.

Believed to be the only billionaire in West Virginia, Justice built much of his fortune from his family's coal business, but is perhaps best known for purchasing Greenbrier out of bankruptcy in 2009 and restoring the historic resort and spa.

The property, located in the Allegheny Mountains, is famed for catering to U.S. presidents and other celebrities and hosts an annual PGA golf tournament, as well as a practice facility for National Football League team the New Orleans Saints.

Greenbrier was also the site of a now-defunct top-secret nuclear bunker built for Congress during the Cold War. It was never used.

His career in the coal business has not been without blemish. Last summer, the Louisville Courier-Journal newspaper in neighboring Kentucky reported that mines owned by Justice had been cited for hundreds of violations of strip-mining reclamation regulations.