Bizarre love triangle: Georgia cop under investigation for trumping up charges to set up affair 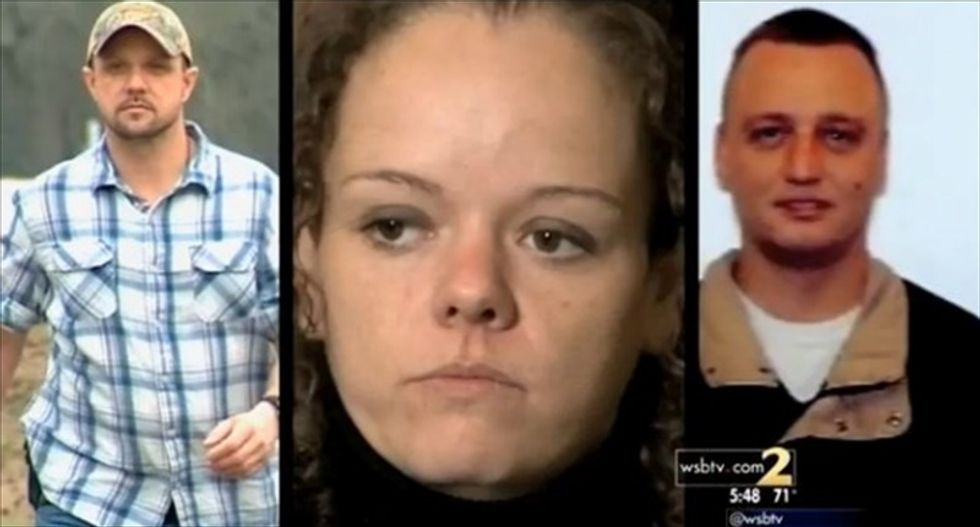 Authorities in Georgia are investigating a police officer for allegedly trumping up charges against a man for the purposes of having sex with the man's girlfriend, WSB-TV reported.

Luthersville Police Sgt. Eric Mischel was put on paid leave after investigators began looking into his encounters with Bruce Coley. At one point, Coley faced up to 85 years in prison before prosecutors dropped charges against him.

"I don't think Eric should be a police officer," Coley said. "He's abused his authority. He's taken advantage of this oath."

Mischel first arrested Coley on Nov. 22, 2013 for allegedly stealing a hot water heater. Coley's girlfriend at the time, Ashleigh Wilkinson, confirmed that she went out with Mischel that same day and spent the night with him.

"There were text messages all the time, phone calls all the time, where he was talking about what he wanted, a relationship and Bruce staying out of the picture," she said. "If Bruce was in the picture it was hard for him to get anywhere near me or close to me at all."

Coley said that after he posted bond three days later, Mischel said he had "reports" that Coley was "waving a gun at someone." Coley said he denied the allegation and made the sergeant "embarrassed" when he mentioned rumors that he was carrying on a relationship with Wilkinson.

A month later, Mischel arrested Coley again, this time charging him with possessing a firearm while committing a crime, stalking and terroristic threats.

According to the Atlanta Journal-Constitution, Coley was accused of threatening a woman with a gun in the trailer park where he lived, but documents stated that the woman who called police never identified Coley as the person who threatened her.

Despite the lack of proof, footage from Mischel's body camera shows Wilkinson falsely corroborating the charges, telling him that Coley was "vicious and dangerous."

A grand jury subsequently indicted Coley, leading up to a meeting where Mischel -- wearing his body camera -- denied any malfeasance on his part, while Coley offered to take a lie detector test to prove his innocent.

"I don't play like that," Mischel told Coley. "I'm a straight officer and I don't play sh*t like that, OK? I'm going to be honest with you."

Wilkinson later recanted her statement, saying Mischel threatened to pursue charges against her if she did not cooperate.

"I was a methamphetamine user," she told WSB. "He said that he would get me on a sales case, for distributing, which is a big-time felony. I would have spent many years in prison."

Coweta Judicial Circuit District Attorney Peter Skandalakis said that both Coley and Wilkinson later passed lie detector tests, prompting him to drop the charges against Coley. He would not comment on whether Mischel passed the polygraph, but contacted the Georgia Bureau of Investigations to review the matter.

"I've been doing this 30 years," Skandalakis said. "I can't recall, I just cannot recall an incident like this one."