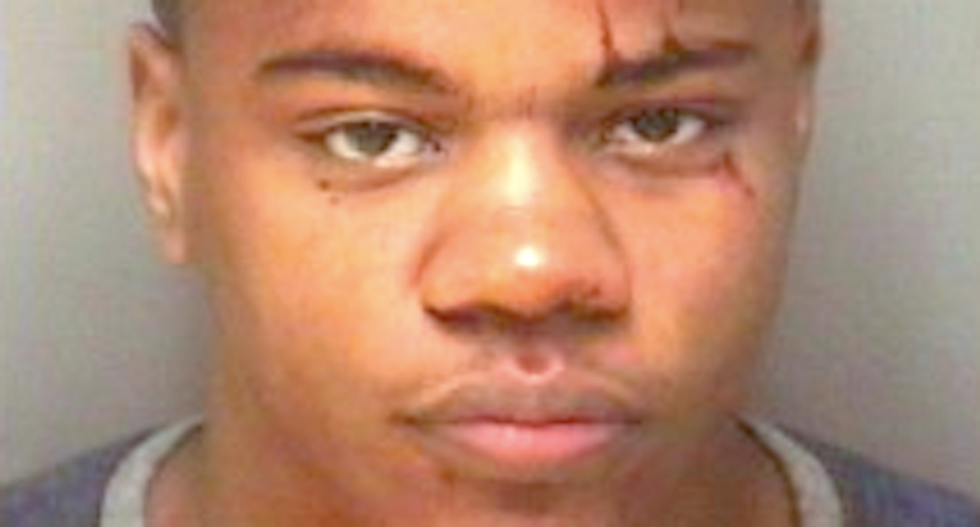 A black University of Virginia student whose violent arrest for public intoxication sparked protests was not drunk at the time, his lawyer says – and Alcoholic Beverage Control agents apparently knew it.

A state police report on the March 18 arrest of Martese Johnson has been completed and turned over to prosecutors, reported the Richmond Free Press.

The 20-year-old Johnson, a third-year student, suffered facial injuries when agents slammed him to the ground after he was denied entry to a pub.

Three apparently white agents held down Johnson, who repeatedly told the officers he was a UVA student and called them racist, while bystanders yelled that the student was bleeding.

The agents apparently targeted Johnson because they believed he might have been trying to use a fake ID to get into the bar.

He was charged with public intoxication -- even though the agents' statements indicate they knew he was not drunk -- and obstruction of justice without force.

Witnesses, however, said Johnson cooperated with the agents and showed them his ID before they grabbed him and threw him to the brick sidewalk.

Johnson’s lawyer has not yet seen the state police report, which has not been made public, but he said agents had no reason to arrest the student.

“We have already reviewed the reports from the arresting ABC agents and the local police on the scene, and our position remains that the (agents) lacked legal justification to arrest or brutalize young Martese,” said attorney Daniel Watkins.

Johnson is due in court May 28.