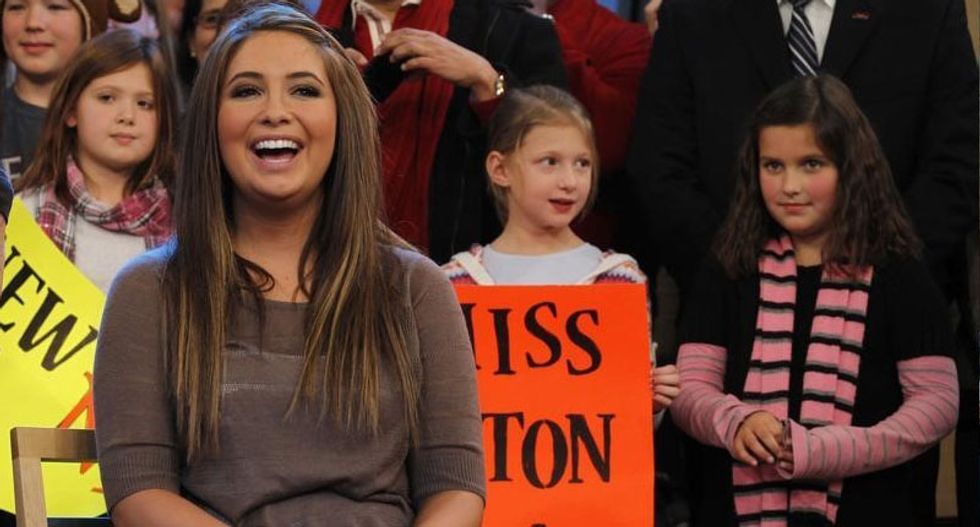 The wedding date of Bristol Palin, a reality television personality and the daughter of former Alaska Governor Sarah Palin, has been called off, Sarah Palin said in a post on Facebook.

It remained unclear if the nuptials might be rescheduled to a later date.

Bristol Palin announced on her blog in March that she and Medal of Honor winner Dakota Meyer had gotten engaged. The wedding date was set for May 23.

But on Monday, Sarah Palin said in a message on her Facebook page that the ceremony had been called off.

"They have informed loved ones that unfortunately the announced celebration planned for May 23 will not be held," Sarah Palin's post said.

An attorney for Sarah Palin declined to comment on whether the wedding had been postponed or canceled completely.

In her Facebook message, Sarah Palin wrote that the Palin and Meyer families would gather in Kentucky on the day the wedding would have been held, but instead will attend a barbecue to celebrate life. Meyer is from Kentucky.

Bristol Palin, 24, said she met Meyer in 2014 when he came to Alaska to film the reality television show "Amazing America" with her mother, who was the 2008 presidential running mate of Republican presidential nominee John McCain. Bristol Palin appeared in the ABC television competition "Dancing with the Stars" in 2010 and 2012.

Meyer, a Marine veteran, was awarded the Medal of Honor, the highest U.S. military award for bravery, in 2011 for saving 36 of his comrades' lives during an ambush in Afghanistan in 2009.