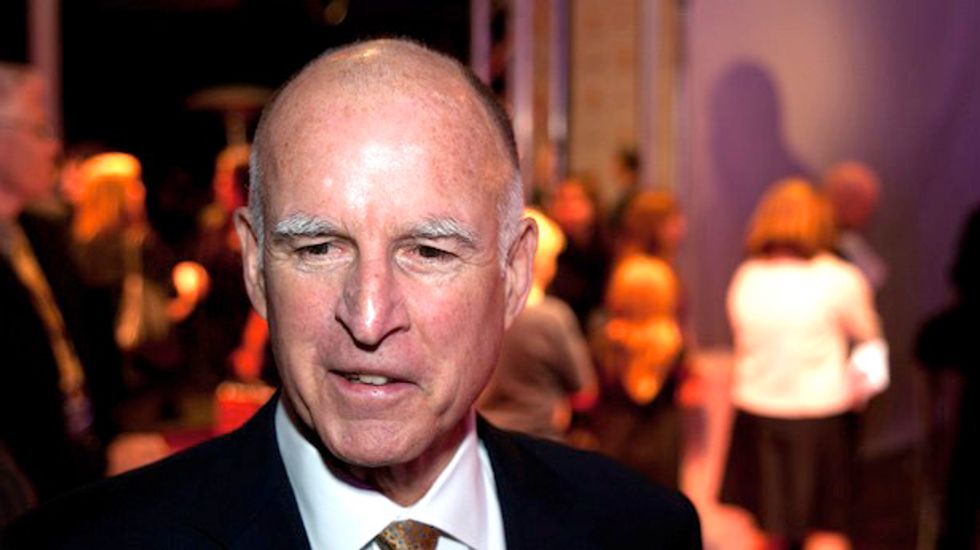 California Governor Jerry Brown on Wednesday delivered a spirited defense of his controversial proposals to shore up California's water system, which is straining under years of drought and population growth.

Brown's impassioned argument in favor of mandatory conservation, desalination and water recycling plants, and a massive project to funnel water from the Sacramento River came a day after regulators imposed steep cutbacks in water use as part of the state's first-ever mandatory conservation plan.

"I have to deal with these problems I've been given," Brown told a meeting of the Association of California Water Agencies. "I didn't make these problems. I wish we didn't have any problems."

California is entering the fourth year of a devastating drought that has killed 12.5 million trees, caused farmers to fallow a half-million acres of land and left mountains bereft of snow that melts to replenish streams and reservoirs.

Rivers are so low that young salmon have to be trucked to the sea, and many farmers can use only a fraction of the water normally available for irrigation. Dry forests burn like tinder.

On Wednesday, the State Water Resources Board approved a new process for regulating desalination plants to make ocean water drinkable. On Tuesday the board issued the new conservation rules, aimed at enforcing an order by Brown for the state's urban areas to cut their water use by 25 percent.

It is controversial because it says places that use a lot of water, including workaday towns in dry, inland areas as well as affluent suburbs like Beverly Hills, will have to trim usage by 36 percent, while some municipalities in rainy areas will need to cut back by just 4 percent.

Brown's other proffered solutions to the state's water problems have also drawn criticism. A $7 billion bond measure passed to pay for water storage facilities and other projects worries some environmentalists, who don't want the money used to build reservoirs.

A $16 billion plan to build tunnels above the Sacramento-San Joaquin River Delta, diverting water from the Sacramento River for use elsewhere, has been fought by environmentalists who say it will harm the delta.

But Brown defended the project, saying state scientists and policymakers spent more than a million hours working on it.

Brown's spokesman said the remark, which prompted laughter, was made in jest.