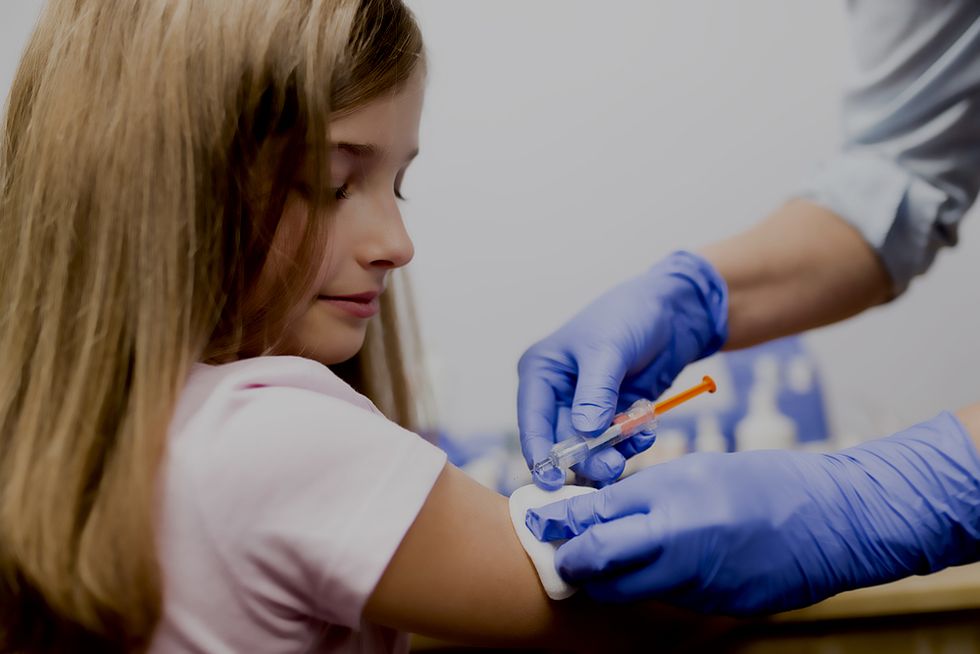 A controversial bill that would make common vaccinations mandatory for California school children and curtail most ways to opt kids out of the shots sailed past a full vote of the state senate on Thursday.

“One child who is not immunized is not a big deal,” said Senator Ben Allen, a co-author of the bill, before the vote. “This is about how each of our personal choices impacts others.”

The bill passed 25 to 10. It needed 21 votes to advance to the state assembly, where it will now be debated later in the summer.

Before the vote, three senators who oppose the measure suggested amendments that were quickly quashed by their colleagues.

The most hotly contested question was whether the measure should contain an exemption for religious beliefs, as similar laws in 48 other states do. If passed, California would join Mississippi and West Virginia as the only states that do not allow religious exemptions.

Senator Joel Anderson, a Catholic who has been the most vocal legislator on the issue of religious exemption, proposed an amendment that would allow an opt-out if it was legally notarized and stated that the vaccinations were against a person’s faith on penalty of perjury.

He focused on his objection that certain vaccines are cultured using a medium that originally contained aborted fetal cells. These FDA-approved cell lines were obtained more than 50 years ago and have been propagated since, but now vaccines cultured in them contain only the most minute traces of the founding DNA. The final vaccines contain no human tissue.

Anderson said he objects to forcing parents opposed to abortion to use those vaccines. Doing so without first informing parents of their contents means, “you have a right to steal my soul without my knowledge,” he said. “We are taking in the dark of night without parents’ or guardians’ knowledge.”

Senator Ben Allen countered that he had asked numerous religious leaders, including those in the Catholic church, about their position on vaccines and had not found any “mainstream” religions that opposed vaccinations. He further pointed out that the Vatican has previously publicly supported vaccinations.

Later, Allen added, “The freedom of religion is not limitless.” But said that considering a religious amendment was still a possibility as the bill winds it’s way through the maze of assembly committees.

“If it’s truly a good-faith attempt to strengthen the bill, of course I’m going to look at it,” he said.

And it remains possible that California’s Governor Jerry Brown could ultimately decide the religious issue. Brown has indicated that he supports the current bill, according to Allen. But in a 2012 vaccine bill, AB 2109, Brown added a religious exemption in as a condition of his signing.

Other senators in opposition to SB 277 voiced concern that the bill would drive school kids out of public schools, impacting their state right to a public education, or that the proposal unfairly impacted parents’ rights.

Senator Ted Gaines spoke about an adverse reaction his then-infant daughter had to a vaccine, including seizures, and a subsequent medical diagnoses that advised holding off on further vaccinations for 10 years. While his family ultimately chose to move forward with shots after that waiting period, he voiced concern for taking those medical decisions away from families.

“To me this comes down to a parental rights issue,” he said.

Citizens opposing the bill, who have flooded capitol hallways and hearing rooms each time it is debated, were again out at full force. Wearing red to symbolize children they say have been harmed by vaccinations, members of the California Coalition for Health Choice filled much of the senate gallery and voiced disappointment after the vote.

“Of course our next step is lots and lots of face time with assembly members,” said Joni Martin, a member of the California Coalition for Health Choice, which opposes the bill. “I am hoping the assembly members will show better sense than the senate members who have expressed their support have so far.”

If Senate Bill 277 makes it through the assembly and is signed by the governor, it will require children in both public and private school to be vaccinated against 10 childhood illnesses including measles and whooping cough as a condition of on-campus attendance. Any new vaccinations added to the list in coming years would be eligible for personal belief waivers, and kids already past the kindergarten checkpoint would not be forced to obtain missing vaccinations until the next seventh-grade checkpoint.

The bill has been amended numerous times as it cleared committees on its way to a full senate vote. Most recently, it was quietly changed last week to remove a provision that would have required schools to periodically report their vaccination rates to parents.

Because that provision would have incurred a cost to the state, it would have pushed the bill into the appropriations committee. Bill authors Dr Richard Pan and Allen removed that reporting requirement, allowing the bill to bypass that final committee and move straight to the senate floor.

Critics say that move was unfair.

“This is yet again an example of the many ways that this bill is not making sense,” said Mitchell. “What doesn’t make sense is that there are costs that are going to be involved in implementing this bill for sure.” She pointed to the need to educate parents on the new law and track vaccination changes in the future.

The bill will now repeat the committee process in the assembly. If it is amended in that house, it must return to the senate. But if it passes, it goes to the governor’s desk to be signed into law.

“This effort is not over,” said Allen. “But I do feel confident that ultimately science and good reason will wind its way into the minds of my colleagues in the assembly.”