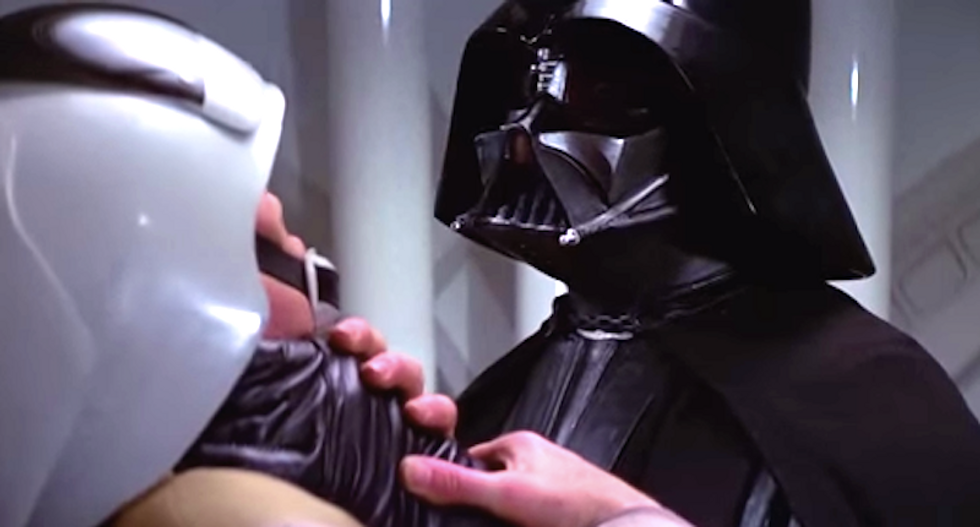 It’s May the 4th – what has come to be known as “Star Wars Day,” as in, "May the fourth be with you" – so let’s take a moment to appreciate some of the best parodies of the beloved science fiction franchise.

The series of films, which will get new installments starting later this year, is among the most popular in movie history – so this list is by no means comprehensive.

Weird Al’s Star Wars-themed “American Pie” and "Lola" parodies are better known, and arguably better done, but this “Bohemian Rhapsody” takeoff is so good that Queen guitarist Brian May gave it his stamp of approval.

"Troops," the "Cops"-"Star Wars" parody mashup, manages to capture and lampoon the essence of both. Writer Kevin Rubio's 1997 parody, which offers a possible explanation for the deaths of Luke's Uncle Owen and Aunt Beru, was so successful that Lucasfilm asked him to write the comedic story that became the popular book "Tag and Bink Are Dead."

Lucasfilm made its own "Star Wars" parody with "R2-D2: Beneath The Dome," a dead-on spoof of actor tribute documentaries that imagines R2-D2 is played by an actual robot named R2-D2. "R2 is a brilliant actor, his timing is impeccable," says one colleague. "He's like a machine."

"Darth Vader and Son," a children's book by Jeffrey Brown, imagines Darth Vader raising Luke Skywalker using famous scenarios and quotes from the films. "I find your lack of patience disturbing" is much funnier when said to a small child. Brown followed the popular book with "Vader's Little Princess" and "Goodnight Darth Vader."

Volkswagen's 2011 Passat commercial, which shows a boy dressed as Darth Vader frustrated by his unsuccessful attempts at using the Force, is one of the most viewed ads of all time -- and it's easy to see why. It's a sweetly touching short film about parenting and imagination.

The "Religious Vader" series, which shows Darth Vader quoting some of the most wrathful verses in the Bible, manages to be both terrifying and hilarious. "Neither fornicators, nor idolaters, nor adulterers, nor effeminate, nor abusers of themselves with mankind, nor thieves, nor covetous, nor drunkards, nor revilers, nor extortioners, shall inherit the kingdom of God," Vader says as he strangles an Imperial officer. "Flee fornication. Is it so that there is not a wise man among you?" Vengeance is yours, Vader.