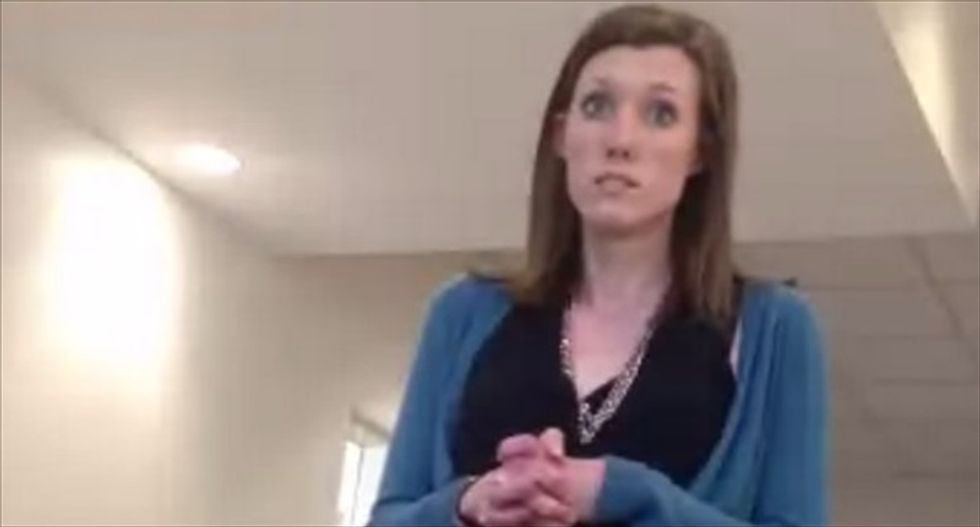 A Kennesaw State University student's encounter with an academic advisor garnered attention online and sparked discussion about prejudice in academic settings after he was accused of harassment while allegedly trying to speak to her in person after other planned meetings were cancelled.

The Stream reported that Kevin Bruce's video has been shared nearly 6,000 times since he posted it on Twitter on Wednesday night:

The footage shows a woman identified as Abby Dawson, the university's director of advising and internships, approaching Bruce, who is seated. Dawson accuses him of harassment.

"I'm not harassing no one," Bruce replies off-camera.

"I can call security," Dawson says. "You can fill out the form just like everybody else does."

"I'm just waiting to talk to someone," Bruce tells her. "I'm not harassing no one, though."

"Sitting here until somebody's available is harassing them," she insists. She then asks, "Would you like for me to call campus security?"

Before he can answer, Dawson says, "I will go do that" and walks away.

Bruce, who is studying exercise science at the school, later posted screenshots of messages detailing his interactions with both the university's advisors and JC Bradbury, who leads KSU's exercise science and sport management department:

According to the messages, Bruce was trying to speak to another advisor, Margaret Tilley, when a department staff member instead referred him to Dawson. Bruce wrote that he knew Dawson would threaten him before the encounter began.

Bradbury later defended Dawson's actions, saying he needed to book an appointment to see an advisor. Bruce responded by showing him a record of Tilley cancelling a meeting after telling him she was available.

"I told him I know what a real advisor suppose to do and how they are supposed to advise and his advisors aren't doing it," Bruce wrote. "[Bradbury] told me to go to the schools where the advisors are doing their job."

The Georgia-based university acknowledged the video on Thursday, saying, "A formal complaint process has begun."

Bruce, who is black, later stated that he did not feel racism played a part in his encounter with Dawson. But the video spurred the creation of the tag #ItsBiggerThanKSU on Twitter, in which several users recounted what they felt was racially-biased behavior on the part of college advisors and faculty members.