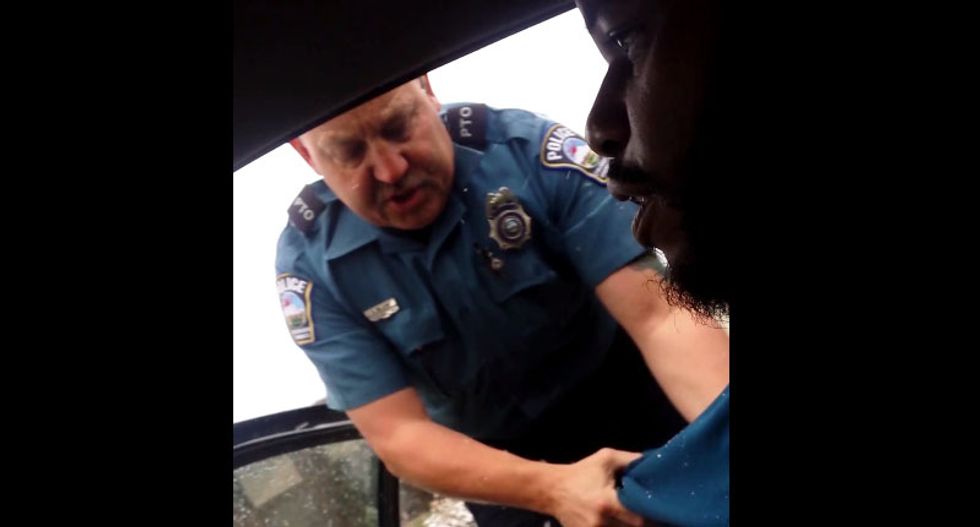 The American Civil Liberties Union of Colorado will represent two African-American men who were stopped by police and detained in an encounter that was caught on video and which the organization on Tuesday described as racial profiling.

The video recorded by passenger Ryan Brown begins by showing footage of the driver of the car, his brother Benjamin Brown, being placed in handcuffs after a March 25 traffic stop in Colorado Springs.

The ACLU said the incident took place within a block of the brothers' home and began over an apparent cracked windshield.

The Colorado Springs Police Department did not immediately respond to a request for comment.

The video emerged as police departments are under increased scrutiny following a series of deaths of unarmed black men at the hands of officers across the United States.

Benjamin Brown was ordered by police to exit the vehicle at Taser-point, immediately handcuffed, searched, held in the back of a police car, and finally issued a citation for an obstructed view, the ACLU's Colorado chapter said.

Ryan Brown, the passenger, was dragged from the car, held at gunpoint, and now faces a criminal charge for "interfering with official police duties," the group said.

"What Ryan and Benjamin Brown experienced at the hands of the Colorado Springs police is sadly all too familiar for young people of color," ACLU of Colorado Legal Director Mark Silverstein said in a statement.

"No reasonable person could watch the video recording of the traffic stop and say that two white men would have been treated the same way," Silverstein said.

The ACLU of Colorado said Ryan Brown's repeated requests for the officers to say why they were stopped were ignored, in contravention of Colorado Springs Police Department policy.

"I'm being perceived as a threat because we're being pulled over for absolutely no reason," Ryan Brown says in the video, before being pulled from the vehicle. "This is excessive force."

"As the video clearly shows, he acted calmly and like a gentleman, even in the face of an unjust stop. There was no justice for him to obstruct," Recht said in the statement.