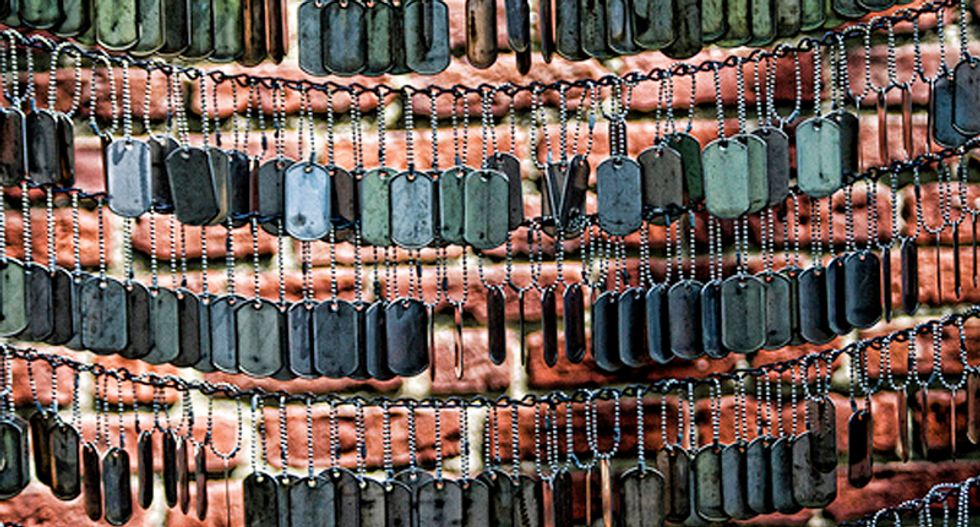 Bush, who has already banked over $100 million for his, as yet, unannounced Presidential campaign has responded to Iraq questions with all the dexterity of a fingerless juggler; swatting and bobbling and flailing about, forcing observers to reconsider this whole "he's the smarter Bush brother" thing.

Asked in the nicest possible way by Angry Blonde Lady Megyn Kelly, “Knowing what we know now, would you have authorized the [Iraq] invasion?” Jeb flubbed it, later having a surrogate explain he "misheard the question."

It is likely he shanked it due to all of the twists and turns those eleven words took, which is almost twice as long as: "Do you want fries with that?"

Since that time, Jeb has being tippy-tapping and dancing around the Iraq question like a toddler who "really has to peepee NOW!" and probably wishes he could say "All of them, Katie" and be done with the whole goddam thing.

No such luck, Sparky.

It's hard to believe that whatever brain trust Bush put together for the "exploratory committee" foreplay phase of his campaign, nobody saw this coming.  But, as they say: you go to war for the presidential  nomination with the advisers you have, not the campaign advisers you wish you had hired because these guys are fucking idiots.

Among the many dullards who seem surprised that a very recent and disastrous war -- resulting in the deaths of almost 4,500 Americans, which also happened to destroy a country at a cost of $2 trillion, would be a brontosaurus-sized bone of contention--  is Daily Caller columnist and sober voice of conservatism, Matt Lewis.

Yes, seeing "Daily Caller" and "sober" in the same sentence is super weird.

Lewis wonders: "Is Opposing The Iraq War Now The Default Republican Position?" and you will be amazed at what he comes up with!

This whole Jeb Bush/Iraq thing is remarkable. First, you’ve got the fact that this debacle has come from interviews with ostensibly friendly interlocutors — Megyn Kelly and Sean Hannity. That’s an interesting aspect, to be sure. But what is even more remarkable to me, at least, is that you now have mainstream Republican candidates like Gov. Chris Christie and Sen. Ted Cruz (who worked for Dubya) — not to mention Sen. Rand Paul and Dr. Ben Carson — publicly criticizing the invasion.

Sure, it is possible that Ted Cruz -- who is possible the most non-contrarian amiable go-along-to-get-along member of Congress in the history of the universe -- has bowed to the zeitgeist-y belief shared by 75 percent of the public that the Iraq invasion and subsequent war was a total fuck-up. Or it could be that Cruz, along with  Christie and Carson and Paul, are a bunch of RINO's. Both could be equally true.

So how does Lewis explain this mass hallucination by die-hard conservatives who are refusing to drape an American flag drenched in the blood of American soldiers and innocent Iraqis around their necks while waltzing around New Hampshire? I mean the war was awesome. America is awesome!

In any event, there appears to have been a permission structure that was granted, whereby it’s now safer to be against the war than for it. And this seems like an important thing that has been mostly lost in the mix.

A "permission structure." Do go on...

Of course, this doesn’t mean Republicans are all doves. Far from it. It just means they are increasingly willing to retroactively abandon something that is a drag. (And hopefully, they will learn the lessons, going forward.)

Yup. Talking about the Iraq war is a "drag" (you may also insert "bummer" "mood destroyer" "super uncool, man" and "boner killer) which would all be equally true.

Maybe this is what Don DeLillo meant when he wrote: “It is so much simpler to bury reality than it is to dispose of dreams.”

He also wrote, “We surrounded ourselves with smoke and loud noise. That's the way we chose to live. I'm prepared to defend it.”

Both are definitely and equally true...