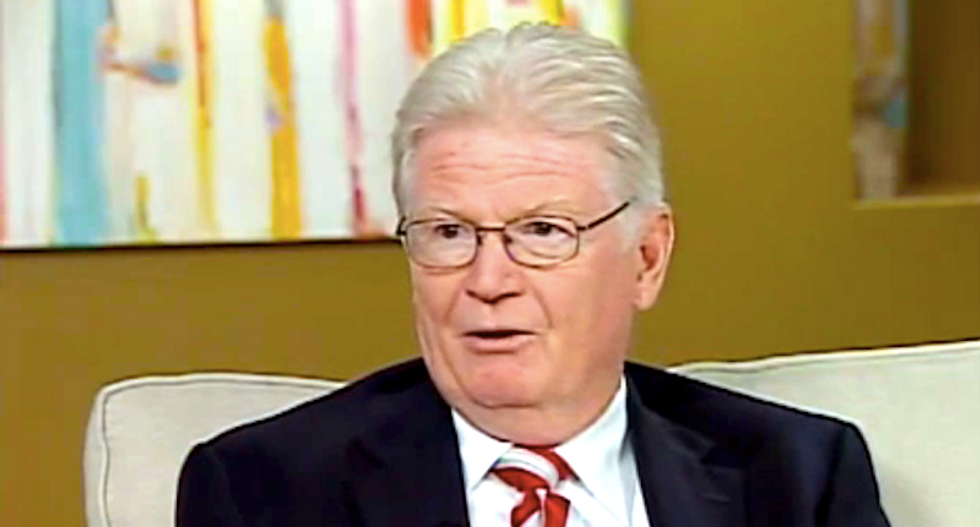 A conservative talk show host was implicated in a fight over a yard sign critical of Indiana’s anti-LGBT Gov. Mike Pence, but he won’t likely face charges.

An Indianapolis man, identified only as a 43-year-old financial advisor, told police he spotted a BMW SUV parked late on April 18 parked on his narrow street, reported the Indianapolis Star.

The man said he didn’t recognize the vehicle, and it didn’t have the required residential parking pass displayed in the window.

He said a gray-haired man stopped to remove a neighbor’s sign, which read “Pence Must Go,” and flung it away as he approached the SUV with a woman.

The signs have cropped up since Pence signed the controversial Religious Freedom Restoration Act.

The financial advisor yelled at the man, who replied with profanity, and he called police with his cell phone and walked out to stand in front of the SUV.

He said the driver knocked him onto the hood as he tried to drive off, and the two got into a fight.

The driver struck the man in the mouth and ripped his shirt, and the financial advisor said he knocked the driver down and kicked him before the woman intervened.

He wrote down the license plate number as the pair drove away, and police said the SUV was registered to Greg Garrison, a WIBC radio host, blogger, and attorney who has appeared alongside Pence at political events.

Police said they cannot prove the gray-haired, 67-year-old Garrison was driving the vehicle or involved in the fight, and they have not questioned him because the other man has refused to cooperate any further with the investigation.

A neighbor said he just wanted to drop the matter.

The sign’s owner said he had removed the anti-Pence message because it had already caused enough trouble.

Garrison, who gained fame as the prosecutor in Mike Tyson's 1992 rape case, did not respond to requests for comment on the story.

Watch an interview with Garrison posted online by fullcircleshow: