Conservative writer: Business won't return to Baltimore until something is done about teachers' unions 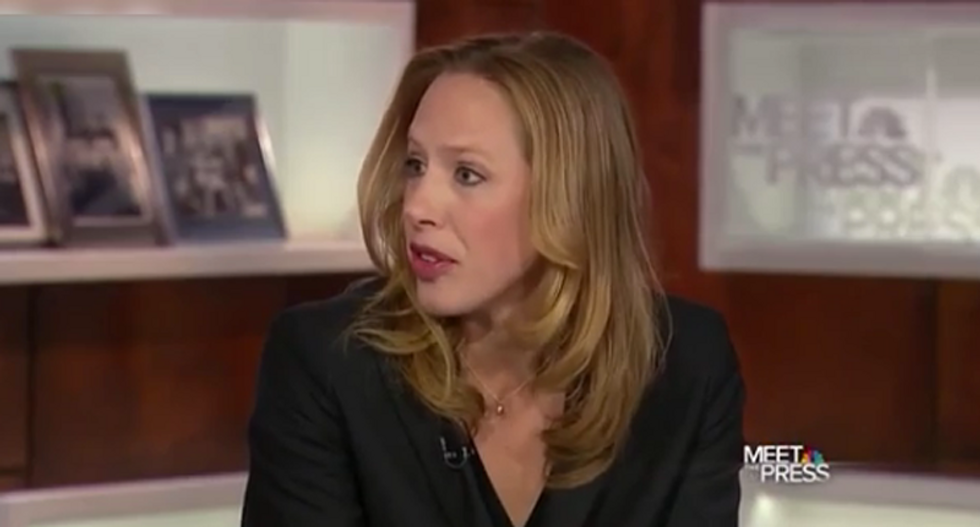 During a panel discussion on NBC's Meet The Press, an opinion writer for the Wall Street Journal explained that she didn't believe businesses and jobs would return to strife-torn Baltimore until something was done about public sector and teachers' unions.

In video captured by Crooks & Liars, host Chuck Todd asked columnist Kimberley Strassel of the very business-friendly Journal what it would take for businesses to return to the economically depressed areas of Baltimore.

Strassel lamented previous measures taken to alleviate poverty, adding that the business community "really wants to help in this situation" but is hesitant due to "central planning" by the government.

After dismissing calls for a home-front Marshall Plan, similar to the one that rebuilt Europe after World War II, Strassel said pouring more money into the community wasn't the answer.

"You still have a failing education system, you're dominated by public sector unions, teachers' unions." she explained, ticking each one off. "You've still got high crime and high unemployment. So, you've got to start getting some of those things in place. You've got to do something about the crime, then the business sector comes in, you have private investment."

Todd failed to follow up on the suggestion that  teachers' unions are somehow culpable for the lack of good-paying jobs that boost local economies, instead wondering if the burned-out CVS store would ever be rebuilt.

Watch the video below captured by Crooks& Liars: