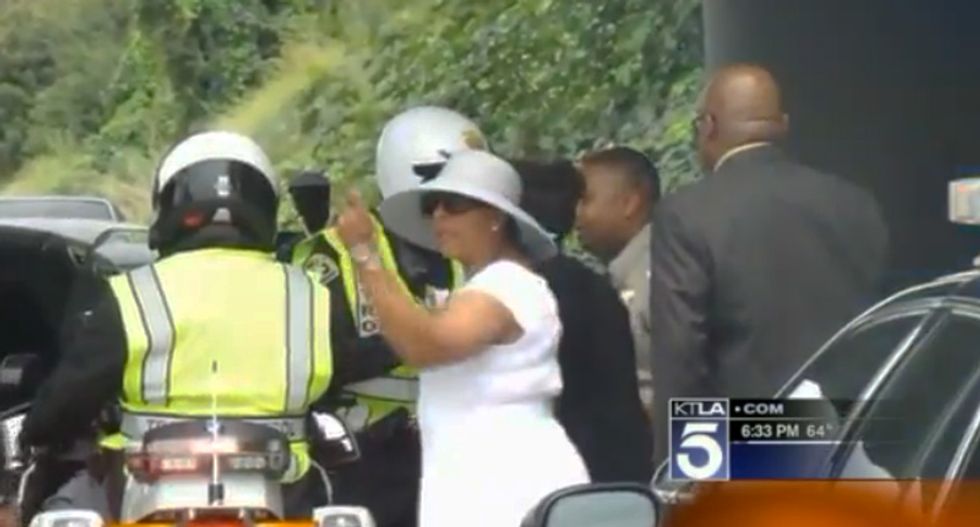 The daughter of a woman who recently passed away is demanding an apology after a California Highway Patrol officer pulled over her funeral procession on an LA highway for traveling too slow, reports KTLA.

The funeral procession of about 100 cars was being escorted by a uniformed traffic escort on their way to to Forest Lawn Cemetery where Sandra Louise Behn-Capel was to be buried. According to her daughter, Rachel Behn-Humphrey, the officer said the procession was traveling too slow.

Outraged, she said that the CHP officer showed no compassion to the family of her deceased mother.

“I’m looking and I’m seeing the car my mom was in on the side of the freeway too. That was embarrassing,” Rachel Behn-Humphrey recalled.

The traffic stop delayed the family’s arrival at the cemetery by more than an hour, she said.

“A lot of the family members did not make it to the gravesite,” Behn-Humphrey told KTLA. “We sat on the side of the freeway so long, they had to go on. I saw some of them drive past.”

The emotional dispute after the traffic stop was caught on cellphone camera.

Humphrey is demanding a public apology from California Highway Patrol for the actions of the officer. Admitting that the officer had complete discretion to pull over a traffic escort in this situation, her lawyer said the incident was handled poorly and caused the family tremendous emotional distress.

“It exceeds the bounds of all human decency,” said family attorney Edward Ramsey. “An officer has the discretion to stop or not stop a funeral procession like this. If it was me, I would have probably escorted this procession to the burial.”

The CHP has not responded to KTLA request for a statement.

Watch video below, courtesy of KTLA.