Cuba's Elian Gonzalez, now grown up, hopes to return to US 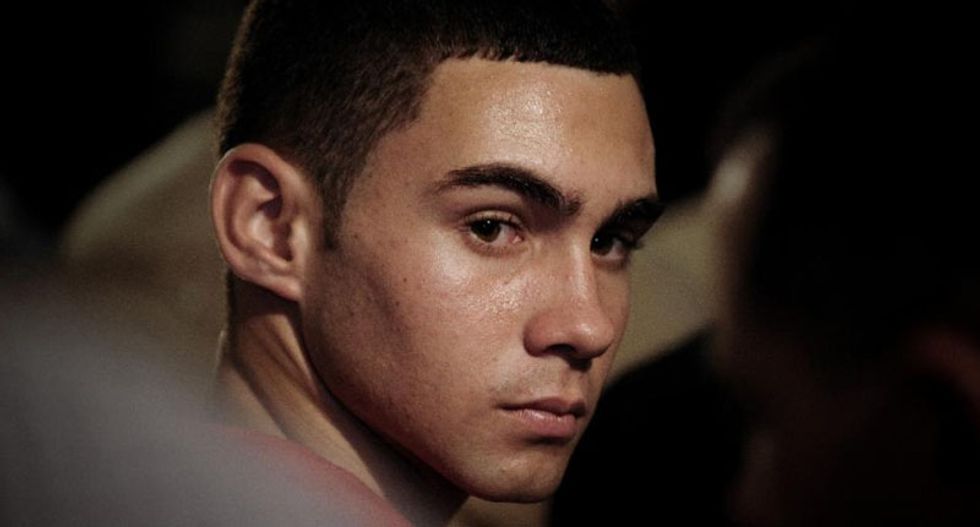 Cuban raft-boy Elian Gonzalez (R), in a church in Havana, during the celebration of 10th Anniversary of his return from Miami, on June 30, 2010 (AFP Photo/Adalberto Roque)

Elian Gonzalez, who as a child was at the center of a bitter international custody battle between his Cuban father and his Miami relatives, now dreams of returning to the United States, he said in an interview broadcast Monday.

Now 21, Gonzalez was just six years old when he was found floating off of Florida's coast in November, 1999.

A rickety boat carrying his mother and several other would-be refugees, capsized, and Elian -- found floating in a car inner tube -- was the only survivor.

Fifteen years later, asked where he would like to go if he could travel anywhere in the world, Gonzalez in an interview with ABC television replied without hesitating: "Los Estados Unidos" -- the United States.

"I want the time to give my love to American people," he added in halting English.

He recalled for ABC the trauma of his mother's death.

"I remember when the boat capsized, when we fell on the sea," he said.

"I remember when I was put on the raft and my mom was covering me and I was raising my head, looking around... and at some point I raised my head and I didn't see her again," Elian recounted.

"I was alone in the middle of the sea."

The six-year-old was sent to live with his relatives in Miami, but soon became the object of an international battle, after his father demanded he be returned to live with him in Cuba.

The dispute made international headlines after Elian's relatives -- and the larger Cuban-American community in Miami -- insisted they would not allow him to return to Cuba, fearing he faced a life of privation and political oppression there.

Iconic news photos of the April 2000 raid showing the terrified child being taken at gunpoint were beamed around the world.

Little more was heard from Elian, other than when his image was occasionally beamed on Cuban television as a model member of the communist party's youth wing.

Now an adult engaged to be married and pursuing engineering studies, Gonzalez said he has put the traumatic episode behind him.

"For my family it has always been, we always have the desire to say to the American people, to say to each household our gratitude, appreciation and love that we have," he said, repeating his wish to see America.

"I could personally thank those people who helped us, who were there by our side. Because we're so grateful for what they did."