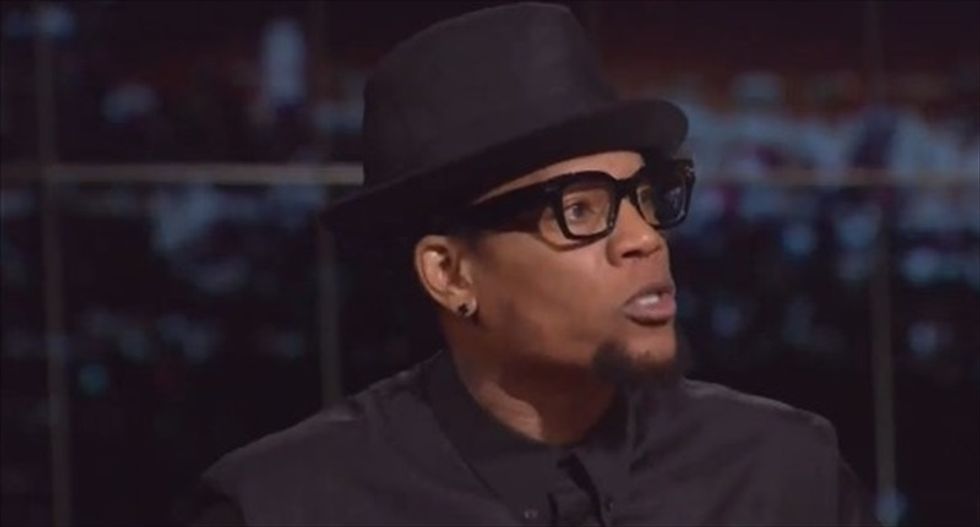 Comedian D.L. Hughley clashed with author and columnist Dan Senor on Real Time on Friday when Senor argued that the current unrest in Baltimore could not be race-related when many of the city's leaders are black.

"I'll explain Baltimore if you explain the entire Southern region of the country," Hughley countered.

"I'm just saying, how is this a racial issue?" Senor insisted.

Hughley responded by saying that the protests in Baltimore are part of a wider issue around the country.

"You know what you'll never see at a Republican convention? You'll never see a 'Black Lives Matter' t-shirt," he told Senor and host Bill Maher. "You'll never see it. It'll never happen, because it's almost like that happens somewhere else beside the country we live in."

Hughley also rebuffed the conservative argument that the current spate of demonstrations are tied to the "deterioration" of black families, pointing out that there were riots during the 1960s, when the nuclear black family was more prevalent.

"The thing that drives these riots is still lack of opportunity, impoverished schools, community divestment," he explained. "Yes, our family [dynamic] has changed, but the idea that we are 'less than' has not."

"They say, 'Where are all the black fathers?' Well, you put them in prison," Maher added.