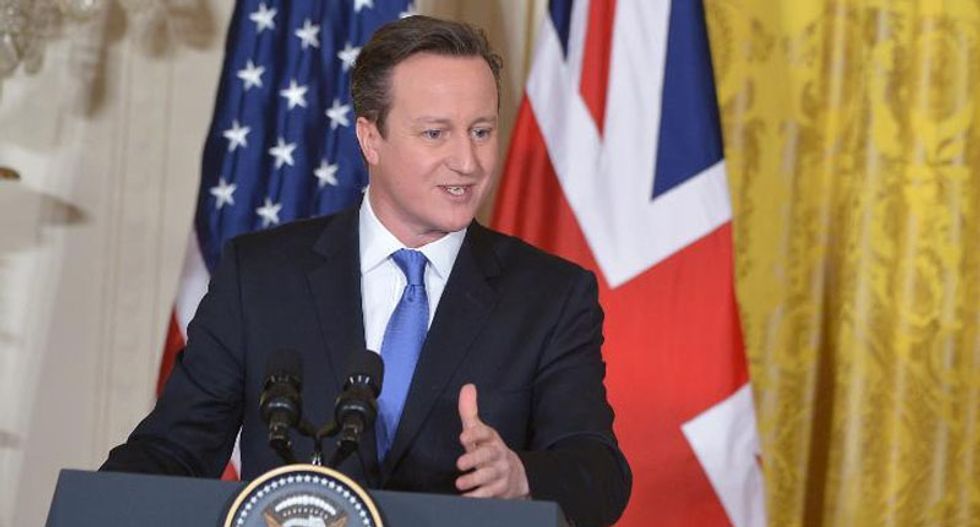 Prime Minister David Cameron's Conservatives won a surprise and decisive victory in Britain's general election on Friday, which redrew the political map and could redefine the country's future in Europe.

Pre-election forecasts of a close contest with the opposition Labourparty turned out to be wide of the mark, after Cameron won a majority in the House of Commons and five more years in Downing Street.

In a dramatic night of results, the nationalists won a historic landslide in Scotland and the leaders of Labour, the Liberal Democrats and the anti-EU UKIP all stepped down after suffering major losses.

"This is clearly a very strong night for the Conservative party," Cameron said after being re-elected to his Witney seat in southern England in the early hours of Friday.

He and his wife Samantha later paid a visit to Queen Elizabeth II at Buckingham Palace, where he was expected to be reconfirmed as premier and asked to form a new government.

In Witney, Cameron promised to keep his pledge to hold a referendum on membership of the European Union by 2017, raising the prospect that it could leave the bloc.

The result is an endorsement of the Conservatives' austerity programme and is likely to see a continuation of cuts to public spending as they seeks to reduce a budget deficit of nearly £90 billion (120 billion euros, $140 billion).

The pound rallied on the currency markets as investors welcomed a clear result and a "business-friendly" government, while the benchmark FTSE 100 share index jumped 1.83 percent to stand at 7,013.0 points in midday deals.

Labour leader Ed Miliband admitted it had been "a very disappointing and difficult night" for his centre-left party, in which it lost about two dozen seats, including one held by finance spokesman Ed Balls.

At a press conference in London, a dejected-looking Miliband said he had called Cameron to congratulate him and would now step down to allow someone else to rebuild the party.

"I take absolute and total responsibility for the result," he said, adding: "It's time for someone else to take forward the interests of this party."

Labour was almost wiped out in Scotland, dropping from 41 seats five years ago to just one this time around, as the Scottish nationalist party won 56 out of 59 possible seats.

Among the new SNP lawmakers was 20-year-old Mhairi Black, who felled Labour's campaign chief to become Britain's youngest MP since 1667.

The success of the SNP could increase pressure for a fresh referendum on Scottish independence, even though that was rejected just last September by 55 percent of voters.

"It is an extraordinary statement of intent from the people of Scotland," former SNP leader Alex Salmond said, as he was elected to the northeastern seat of Gordon.

"The Scottish lion has roared this morning across the country."

It was also a terrible night for the centrist Liberal Democrats, who by mid-morning had lost all but eight of the 57 seats they won five years ago.

Their leader, deputy prime minister Nick Clegg, managed to hold his seat but resigned after voters punished them for entering government with the Conservatives.

"I always expected this election to be incredibly difficult. The results have been immeasurably more crushing than I could ever have feared," he said, red-eyed.

The election of a Conservative government raises questions over Britain's future in the European Union, as Cameron has promised to hold a referendum by 2017.

He has said he would campaign to stay in the bloc, provided he can secure changes to Britain's terms of membership, notably on freedom of movement -- although this has so far been met with resistance in EU capitals.

"Cameron will very quickly have to come to Brussels and negotiate a settlement," Sara B. Hobolt, a European politics professor at the LSE, told AFP.

The referendum promise was made in large part because of pressure from the UK Independence Party (UKIP), which threatened to woo Tory voters with its anti-EU, anti-immigration message.

In the end, UKIP lost one of its two seats in the House of Commons and leader Farage announced his resignation after failing in his seventh attempt to be elected as an MP.