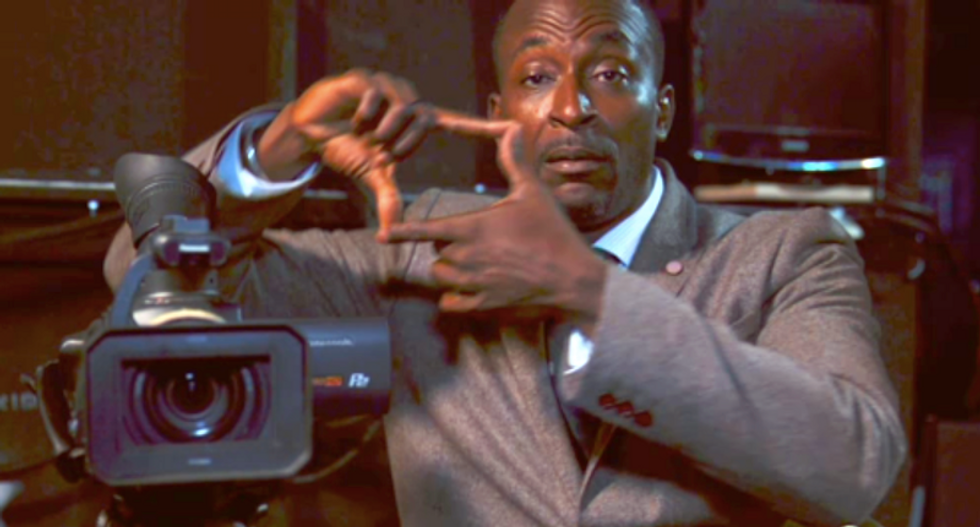 “Nightly Show” contributor Mike Yard taught a brief seminar on how to shoot a proper video of a black man getting beaten – or worse – by police officers.

The comedian said his seminar, Police Brutality Video Production 101, would provide “helpful tips for when you know that sh*t is about to go down.”

“What’s a bigger tragedy: a black man getting kicked to death by the police, or shooting it vertically?” Yard asked. “Definitely the black man getting kicked to death – however, we can’t do sh*t about that. But what we can do is respect the aspect ratio of the ass-whooping by turning our phone from (vertical) to (horizontal) for maximizing the 16:9 frame.”

He showed a video of a police officer roughing up a black man lying on the ground, and said the crime might not be prosecuted because the video was shot vertically – with two black fields on either side of the image taking up most of the screen.

“That is not the black you want your viewers to be focused on,” Yard explained, showing a video of a similar incident that had been shot vertically – flooding the screen with police officers as they pounded a struggling black man on the ground.

Yard said lighting was also crucial for filming a high quality video, but he said aspiring filmmakers don’t always have to worry about providing their own.

Yard told students that they might think their video would provide a quality narrative for cable news or evidence to secure an indictment, but he said that was not always the case.

“Now remember, it is your right to film the police in public spaces -- and make sure you’re telling that to the cop as he’s shattering your phone into a thousand pieces,” he said.