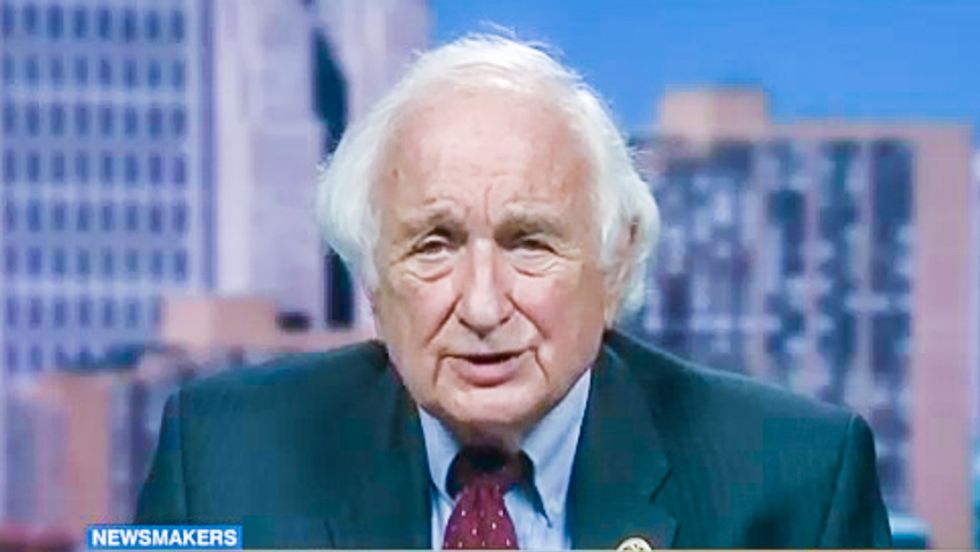 Democratic Congressman Sander Levin of Michigan has warned that lawmakers should proceed with caution before approving the Trans-Pacific Partnership (TPP) trade deal being pushed by President Barack Obama.

On Friday, the president visited Nike headquarters in Oregon and made a liberal case for the trade deal, likening it to universal health care, the minimum wage and clean energy initiatives.

But opponents of the deal said that they were disappointed that the president chose Nike, which contracts for shoes to be made in places like Vietnam, where workers can earn as little as 56 cents an hour.

According to Levin, a badly crafted trade deal would cost American jobs if foreign governments were allowed to manipulate their currencies or they were not forced to treat workers fairly.

"The president, as we speak, is going to be in Oregon at Nike," Levin said on C-SPAN over the weekend. "Nike has many, many imports from Vietnam. Hundreds of thousands of workers there essentially produce their product. And this is the problem."

"Imports have essentially dislocated industry in this country, hundreds of thousands of people have lost their jobs," he continued. "And so we really need to be sure that as workers produce these products overseas and as we import them, they're done under decent standards. And that isn't true today in Vietnam. Workers do not have the ability to join an independent union. And if they do, the people who help organize them are thrown in jail."

In an open letter to Democrats on Monday, Levin pointed out that he wasn't against all trade agreements, but he said that liberals should demand a better deal before backing the TPP.

“If you lose your job, the fact that you can buy less expensive shoes doesn’t help much,” Levin told reporters at a Christian Science Monitor-hosted breakfast last week. “Until it is clear where this is going and problems are being solved in TPP that remain, it is our judgment of so many of us that it is really, really important not to give up our leverage."