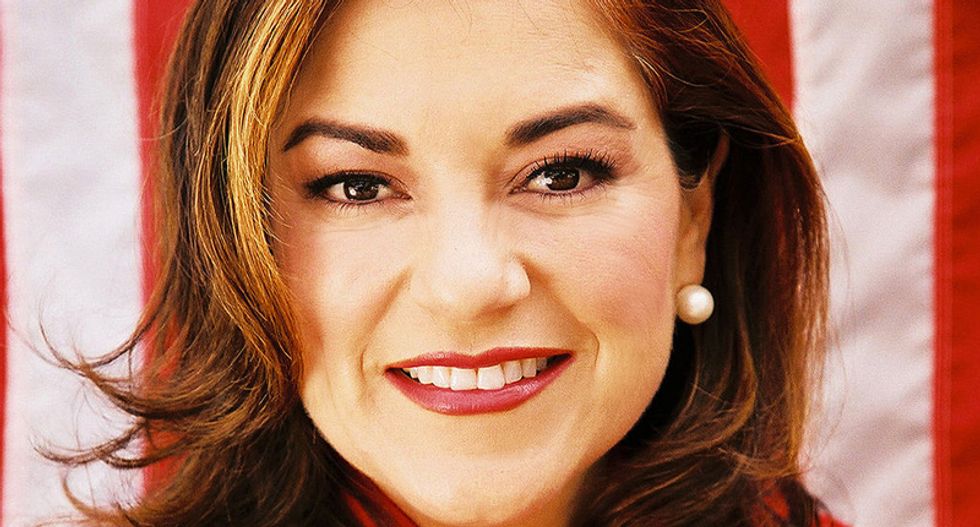 A California congresswoman has been sharply criticized for making a stereotypical “war cry” sound when referring to Native Americans at a political meeting.

Loretta Sanchez was recorded on a cellphone video tapping her hand over her open mouth while whooping, during a talk at the California Democratic Party convention on Saturday.

Sanchez, a candidate for the Democratic nomination in next year’s open US Senate race in California, was trying to explain to party members that she had expected a supporter who described himself over the telephone as Indian American to be Native American.

“So I’m going to his office, thinking that I’m gonna go meet with wuh-wuh-wuh-wuh, right?,” Sanchez said, making the war-cry action with a hand. “Cos he said ‘Indian American’. And I go in there and it was great.”

Sanchez’s main rival for the US Senate nomination, California attorney general Kamala Harris, told reporters at the event that Sanchez’s actions were “shocking”. Harris, who is Indian American, said: “There is no place for that in our public discourse.”

As video of Sanchez’s comments spread swiftly across social media, the Santa Ana congresswoman ran away when a reporter from Sacramento-based KCRA3 television approached her for comment.

Uduak-Joe Ntuke, a party delegate from Long Beach who filmed the footage of Sanchez, told the channel several people in the room were taken aback by her remarks.

“I was shocked and appalled that she’d make the disparaging comments about Native Americans that way,” he said.

Harris and Sanchez are vying for the party’s nomination to replace the Democratic Senator Barbara Boxer, 74, who is due to retire after 23 years in the seat.

Sanchez, 55, has represented southern California in the House of Representatives since 1997. She told reporters after the talk that American Indians have a “great presence in our country and many of them are supporting our election,” the Associated Press reported.