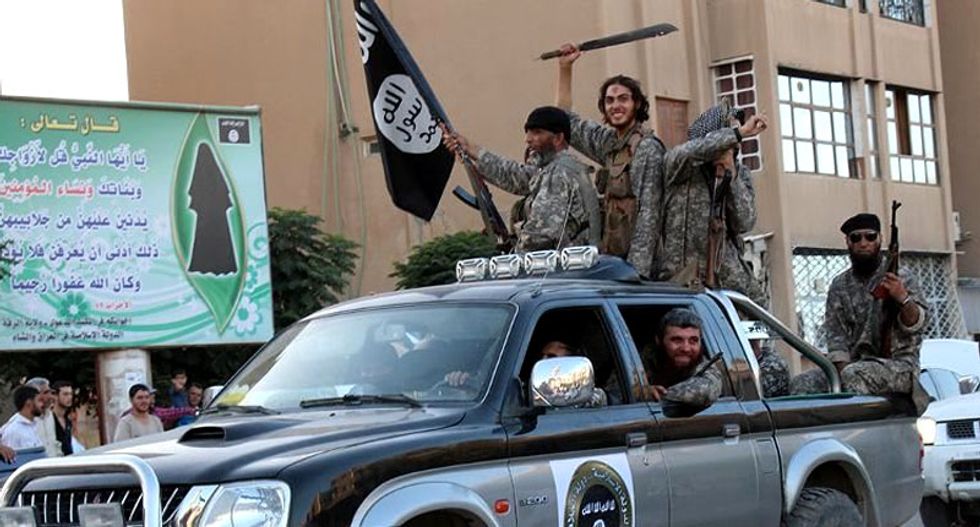 Martin Chulov in Beirut and Spencer Ackerman in New York

US special forces entered Syria on Friday night and killed a mid-ranking leader of the Islamic State, in only the second raid of its kind since operations against the terror group began more than a year ago.

US troops also captured the man’s wife and flew her to a base in Iraq, the first time they have seized a prisoner since the start of the campaign.

On Saturday morning Colonel Steve Warren, the interim top Pentagon spokesman, said the woman, whom the Pentagon called Umm Sayyaf, would not be sent to the Guantánamo Bay detention center that President Barack Obama has vowed to close.

“No one’s going to Gitmo,” Warren told the Guardian.

Bernadette Meehan, the National Security Council spokeswoman, said in a statement that the operation also freed a young Yazidi woman whom Abu Sayyaf and Umm Sayyaf kept as “a slave”.

The name Abu Sayyaf has not been on lists of top-line Isis leaders and he is not known to have had a price put on his head for his death or capture – unlike at least 10 other men who form the nucleus of the group’s leadership. His lack of profile led to speculation on Saturday among Iraqi officials and western diplomats in the region that the target of the raid may have been a more senior figure.

“He was very close to Adnani,” said a Baghdad-based specialist on Isis, Hisham al-Hashimi , referring to the chief spokesman of the group, Abu Mohammed al-Adnani . “They were together often.”

US defence officials said Sayyaf was an instrumental money man, who had raised money through gas and oil sales. Until last July, Isis had been yielding at least $1m per day from illicit sales of oil to Turkish and Syrian buyers.

However, a US-led air campaign has destroyed or damaged many of the crude refineries that Isis was using in the Syrian deserts, not far from the scene of Friday’s raid near the eastern city of Deir el-Zour.

Officials in Washington portrayed the raid as a success, but disclosed nothing more about the value of its apparent target.

Defense Secretary Ashton Carter said in a statement: “The operation represents another significant blow to Isis, and it is a reminder that the United States will never waver in denying safe haven to terrorists who threaten our citizens, and those of our friends and allies.”

US warplanes have been active over the skies of Iraq and Syria since August, bombing targets most days. However, the only other time that ground troops have been used was a failed rescue mission to the Isis stronghold city of Raqqa last June, where western hostages including four Americans were being held by the group.

The hostages had reportedly been moved not long before troops from the Joint Special Operations Command arrived in helicopters. Three were later beheaded, while a fourth was believed to have been killed in a Jordanian air strike.

The air campaign is believed to have killed 18 of the 43 top-tier Isis leaders, including several deputies of the group’s leader, Abu Bakr al-Baghdadi. Senior Isis members maintain that a strike in northwestern Iraq seriously wounded Baghdadi himself , although US officials have denied the claim.

Baghdadi released an audio statement on Friday, rallying followers to fight. Isis members suggested the rare recorded message was aimed at soothing fears among the group that their leader remained incapacitated.

Syria’s military was quick to claim credit for the raid that killed Abu Sayyaf. However, the Pentagon said Damascus had not been informed ahead of time. The US troops flew from Iraq, where a 3,000-strong US presence has returned to the country US forces left in 2011, in order to train and mentor Iraqi troops in the war against Isis.

Asked on Saturday about the whereabouts of Umm Sayyaf, Warren, the Pentagon spokesman, added: “She is being held in a safe location inside Iraq. We are currently debriefing her to obtain intelligence about [Isis] operations.

“We are working to determine an ultimate disposition for the detainee that best supports the national security of the United States and of our allies and partners, consistent with domestic and international law.”

Isis militants on Friday overran a government compound in the centre of Ramadi, which acts as the capital of Iraq’s Anbar province, in their most significant triumph this year.

In Syria, Isis fighters continue to menace the Unesco-listed ruins of Palmyra , northeast of Damascus, although they have not advanced since the alarm was first raised last week.