Dr. Phil: 'No truth' to reports I want to polygraph Josh Duggar and his dad 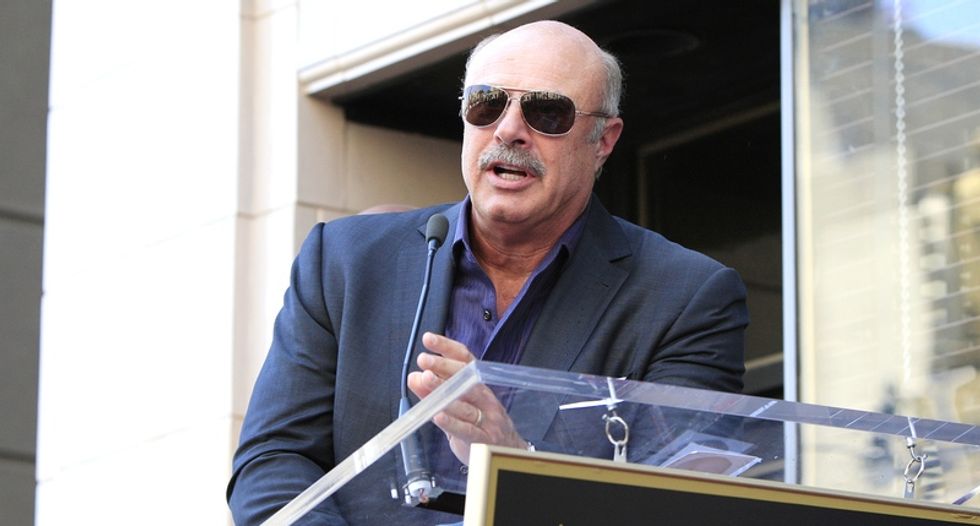 "There is absolutely no truth to the story whatsoever and is completely fabricated by RadarOnline," a spokesperson for Dr. Phil's show tells the New York Daily News.

RadarOnline reported earlier this week that a "show insider" from Dr. Phil's program wanted to give Josh Duggar and his father, Jim Bob, the third degree. The media outlet has since taken down its initial story.

Earlier this month, Josh Duggar admitted to sexually molesting several girls, including some of his sisters. He has since stepped down from his senior lobbyist position at the Family Research Council. The TLC reality show he and his family members starred in, "19 Kids and Counting," is no longer on air (though it has not officially been canceled by the network).

On their website, the Duggars announce they will be making a post-sex scandal appearance on television later in matter of days -- but not on Dr. Phil.

"Next week we will sit down with Megyn Kelly on Fox News," the Duggars write of their scheduled media appearance this Wednesday, "to share our hearts with you about the pain that we walked through as a family twelve years ago, the tears we all shed and the forgiveness that was given. We appreciate the outpouring of love and prayers for our family at this time."

With a Ph.D. in psychology, Dr. Phil first earned celebrity status as a regular guest expert on the Oprah Winfrey show during the 1990's. Today, he is a media force in his own right. In addition to the program he stars in, Dr. Phil connects with fans on social media. A frequent tweeter, Dr. Phil offered advice to readers during the last several day on improving communication with offspring and romantic partners.

This week, Dr. Phil also told Internet followers that reality is an illusion:

Last Sunday, Dr. Phil surprised his wife, Robin McGraw, with a new car, which she excitedly shared pictures of on Instagram: