Duke professor: Blacks riot because they're lazier than Asians and have 'strange' un-American names 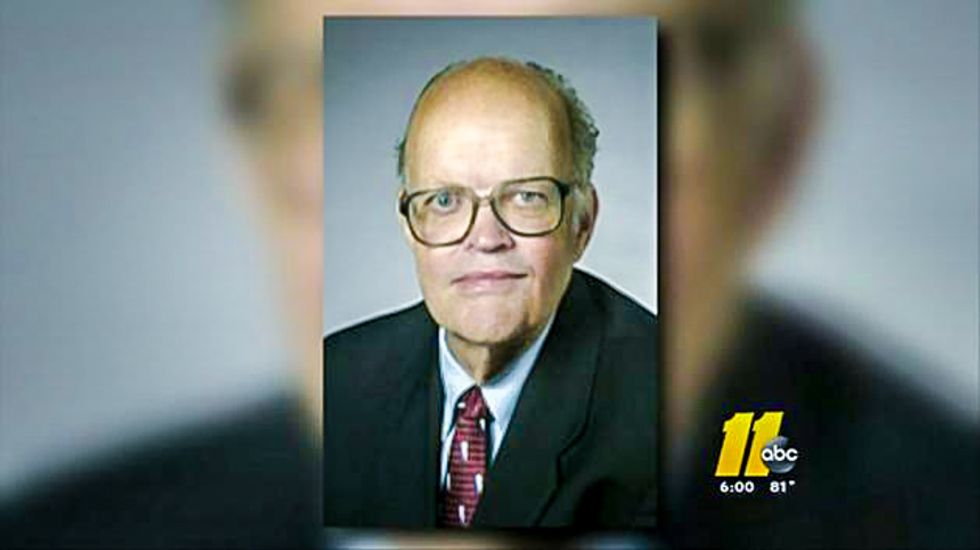 A North Carolina professor said over the weekend that he was suspended after he was caught writing in the New York Times comment section that there was a link between the Baltimore riots and "strange" names that black people had instead of having traditional white names.

According to WTVD, Duke University Professor Jerry Hough responded to a New York Times editorial titled "How Racism Doomed Baltimore" by suggesting that the author's attitude was what was "wrong" with the black community.

"[T]he blacks get symbolic recognition in an utterly incompetent mayor who handled this so badly from beginning to end that her resignation would be demanded if she were white," he wrote. "The blacks get awful editorials like this that tell them to feel sorry for themselves."

Hough noted that "the Asians" faced discrimination throughout U.S. history: "They didn't feel sorry for themselves, but worked doubly hard."

Hough added that blacks made the problem worse by refusing to date white people.

"It was appropriate that a Chinese design won the competition for the Martin Luther King state," he concluded. "King helped them overcome. The blacks followed Malcolm X."

In a statement, Duke Vice President for Public Affairs and Government Affairs Michael Schoenfeld that Hough's comments were "noxious, offensive, and have no place in civil discourse."

"Duke University has a deeply-held commitment to inclusiveness grounded in respect for all, and we encourage our community to speak out when they feel that those ideals are challenged or undermined, as they were in this case," Schoenfeld explained.

Hough told WTVD that the university had placed him on leave while his online remarks were under investigation.

But he argued that his comments should not have been controversial.

"I am, of course, strongly against the toleration of racial discrimination. I do not know what racial intolerance means in modern code words and hesitate to comment on that specific comment," he wrote to the station in an email. "In writing me, no one has said I was wrong, just racist. The question is whether I was right or what the nuanced story is since anything in a paragraph is too simple."

"I am strongly against the obsession with 'sensitivity.' The more we have emphasized sensitivity in recent years, the worse race relations have become," he continued. "In my opinion, the time has come to stop talking incessantly about race relations in general terms as the President and activists have advocated, but talk about how the Asians and Poles got ahead--and to copy their approach. I don't see why that is insensitive or racist."