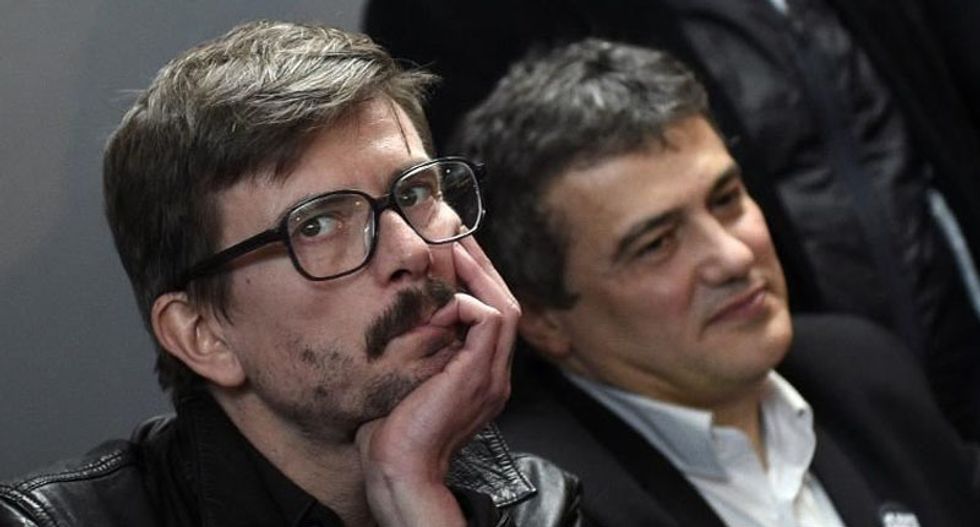 Cartoonist Luz, who drew Charlie Hebdo's front cover picture of Mohammed following the massacre of the satirical weekly's editorial team in January, said Monday he was leaving the paper.

Renald Luzier said his departure in September was unconnected to internal tensions at the publication, but rather that the job without his slain colleagues had become "too much to bear".

"This is a very personal choice," Luz, who joined Charlie Hebdo in 1992, said in an interview with French newspaper Liberation.

"Each issue is torture because the others are gone. Spending sleepless nights summoning the dead, wondering what Charb, Cabu, Honore, Tignous would have done is exhausting," the cartoonist said, referring to his colleagues killed on January 7.

The provocative weekly became a household name when two Islamist brothers gunned down 12 people at its offices over its cartoons lampooning the Prophet Mohammed.

Luz penned the magazine's first cover image a week after attacks, which portrayed Mohammed with a sign saying "Je Suis Charlie" under the words "All is forgiven".

The issue had a print run of eight million -- a record for the French press. In late April, however, Luz announced that he would not draw the prophet again, saying it no longer interested him.

"Many people push me to keep going, but they forget that the worry is finding inspiration," Luz told the Liberation daily.

While he had thought about leaving a long time ago, he said he "continued in solidarity, to let nobody down. Except that at one point, it was too much to bear".

The resignation of someone who had in recent months become the newspaper's star designer will come as a blow for Charlie Hebdo, which wanted to attract new talent after the attack.

Having been on the verge of bankruptcy before the shooting, the magazine subsequently saw donations pour in from around the world as the Twitter hashtag #jesuischarlie went viral and it became a symbol for freedom of speech.

Charlie Hebdo has however been split over the use of the money, with some staff members accusing management of not being transparent enough about its plans.

Fifteen of the magazine's 20 staff members, including Luz, called in April for all employees to become equal shareholders in the magazine.

Charlie Hebdo's management said Monday that 4.3 million euros ($4.8 million) in donations, received from 36,000 people in 84 different countries, would be "handed over in full to the victims".