Ed Helms slams CNN and Fox News on Baltimore coverage: 'There are a lot of Americans in a lot of pain' 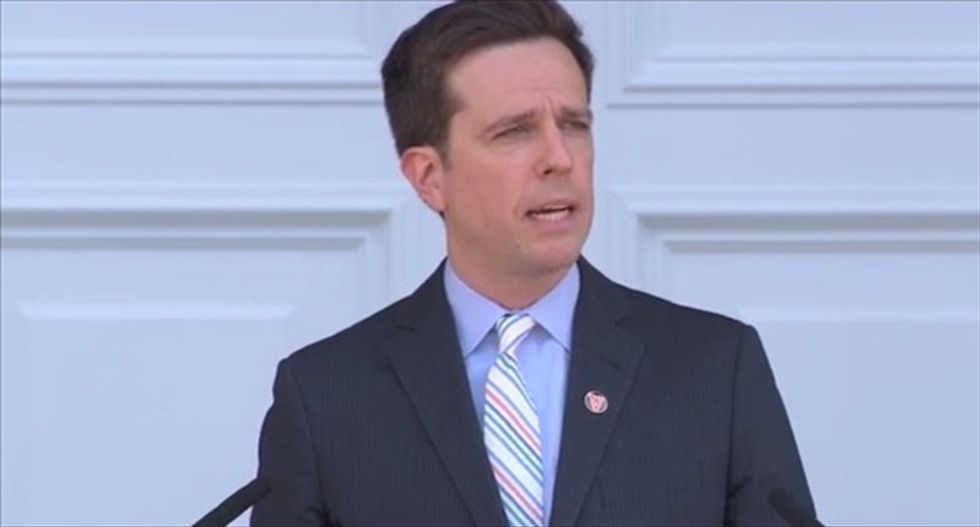 Actor Ed Helms gives the commencement speech at the University of Virginia on May 15, 2015. [YouTube]

Comedian Ed Helms got serious for a few moments to criticize Fox News, CNN, and Rolling Stone magazine for journalistic lapses during his commencement speech at the University of Virginia.

The former Daily Show and Office star noted hosts Erin Burnett and Wolf Blitzer's insistence last month that rioters in Baltimores should be labeled as "thugs."

Fox News' Nick Vitter did the same, Helms explained, until he was shut down by local city council member Nick Mosby.

"In a testy exchange, [Mosby] defined his own community, saying, 'This is about the social economics of poor urban America. These young guys are frustrated. They're upset and unfortunately they're displaying it in a very destructive manner. When folks are undereducated, unfortunately, they don't have the same intellectual voice to express it in the way other people do,'" Helms recalled. "That's a bigger, much more complex analysis that strikes me as the real news story. Either way, the reductive labels aren't helping, and we better stop applying them because there are a lot of Americans in a lot of pain. Those riots weren't happening in Kiev or Benghazi -- they happened a mighty pleasant three-hour drive from right here."

Rolling Stone's botched reporting on an alleged gang rape at a university fraternity, Helms argued, was "just the tip of the iceberg" in media outlets' rush to define a story.

The story's inaccuracy, he continued, not only threw the UVA community "deep into turmoil," but was a needless setback in the fight to address sexual assaults at colleges around the country. At the same time, he praised the university for refusing to "fall for the fallacy" that it did not need to confront the issue just because Rolling Stone got it wrong.

"You all had the courage to understand you can be outraged at Rolling Stone and still ask yourselves hard questions: if sexual violence does occur in our community, do we have the best possible protocols and resources available to our students?" he said. "And UVA is charging forward to answer those questions and you should be proud of that."

Helms touched on the theme of "reductive labels" throughout the speech, saying that both this year's graduates and celebrities are often subjected to ill-fitting definitions.

"For example, people often try to define me as callous and pampered, living in a bubble. I am very resentful of this because I'm actually extremely grounded," he said, before quipping, "Which is why I have my vast legal team crush anyone who would say otherwise. The simple truth is that celebrities are people too; I have my pants put on me one leg at a time, just like everyone else."

"It is such a treat to be addressing you in front of the famous UVA Rotunda, which is now completing its fourth complete overhaul since its inception -- making it the Rand Paul of UNESCO World Heritage sites," he joked.

The university posted Helms' entire speech online, which you can see below.