Elderly Idaho BASE jumper dies after parachute set on fire 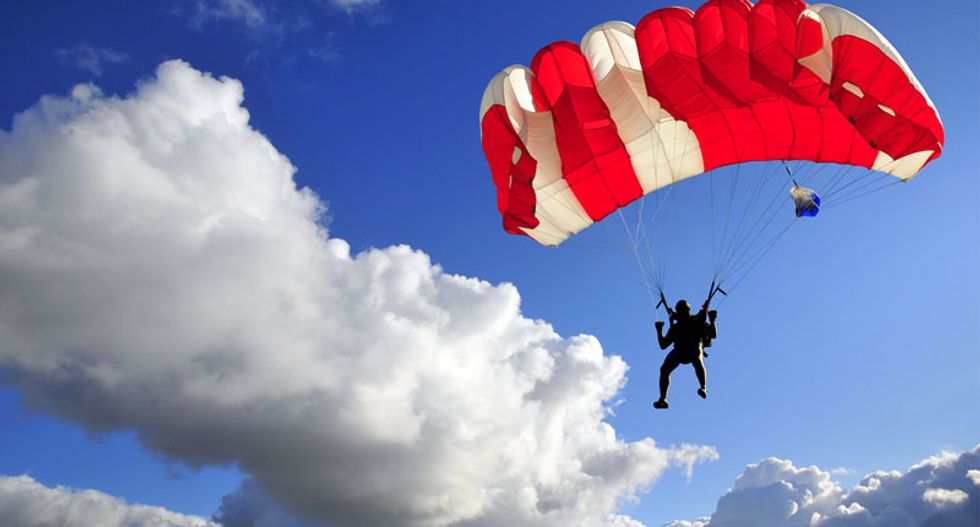 Man with a parachute (Shutterstock)

A 73-year-old man who died earlier this month in a botched 500-foot BASE jump from an Idaho bridge was attempting a stunt that included the burning of his parachute, the local Twin Falls Times-News reported on Tuesday.

Jim Hickey of Claremont, California, planned to jump off the Perrine Bridge into the Snake River as another person set his parachute on fire, the newspaper reported, citing local sheriff's officials.

The paper said Hickey intended to drop that parachute and deploy a backup, but the stunt went awry and he burst into flames before falling to his death.

In a video of the incident published to YouTube on Monday, Hickey can be seen erupting into a fireball while another person jumped from the bridge and landed safely below.

The details come two days after renown rock climber Dean Potter and another man died while attempting jumps from a 3,000-foot-high (900-metre) cliff in California's Yosemite National Park, the latest in a string of deaths nationwide in the extreme sport of BASE jumping.

Hickey, a retired accountant, had participated in more than 1,000 jumps in the decade since he took up a sport in which parachutists free-fall from such fixed points as cliffs, bridges and buildings, according to Tom Aiello, a friend and owner of a BASE jumping school in Twin Falls.

Aiello estimated that 500 people a year parachute from the bridge. BASE is an acronym for buildings, antennas, spans and Earth, which are the kinds of platforms used by jumpers. Officials said Hickey was the second person to die there attempting such a jump this year.