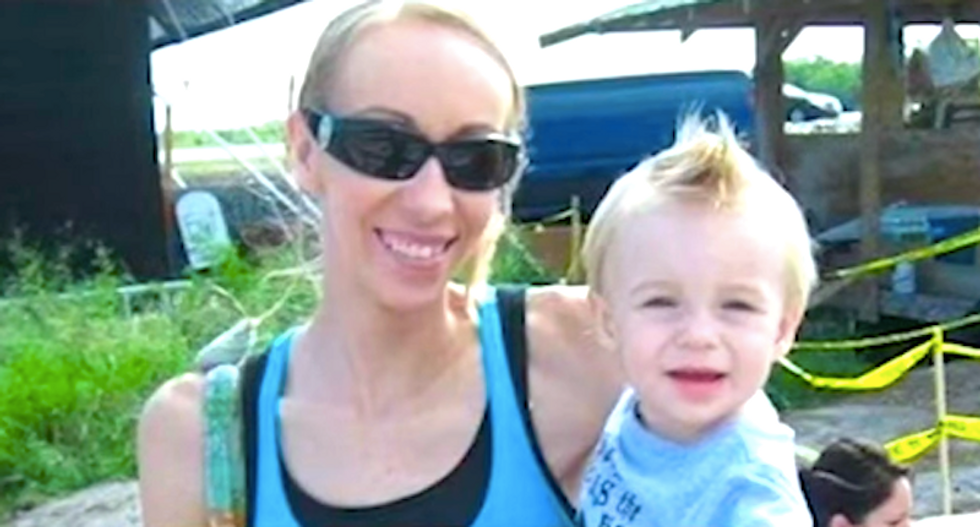 Heather Hironimus, a 31-year-old mother from Boyton Beach, sits in jail for fleeing with her 4-year-old son from a surgical circumcision mandate, requested by the boy's father, and imposed by the Florida court of law.

Police apprehended Hironimus last week after the mother and son had spent three months in hiding, defying a court order to subject the child to the surgical procedure of circumcision.

As part of their separation deal three years ago, Dennis Nebus -- father to the child in question -- consented to have the boy circumcised, a deal Hironimus later backed out of. Nebus then took Hironimus to court, and the pair have been battling it out for approximately two years.

Police issued an arrest warrant for Hironimus in March after she failed to "show up to hand the boy over to his father as required in the couple’s custody-sharing agreement," the Jewish Journal reports.

Ealier this month, an appeals court in Florida upheld prior rulings favoring Nebus -- and imposed circumcision. And on May 14, Broward County officers arrested Hironimus for, as the Philly Voice describes it, "refusing to sign court-ordered consent forms authorizing the genital cutting of her healthy [four-year-old]." The Voice reports that Hironimus and her son stayed at a domestic violence shelter "for more than 80 days," seeking "refuge from the court-ordered surgery."

Nebus testified in court that submitting his child to the surgical procedure is "just the normal thing to do."

Hironimus wants her son to undergo a mental evaluation to assess "whether he is mentally and emotionally capable of undergoing the procedure," Raw Story noted last week. "The judge that signed the arrest warrant," however, "denied the request for an exam and appointed an independent guardian to represent the boy in court."